Priests Assaulted in Guinea After Being Mistaken for Ebola Workers

Three priests from a church in Guinea were physically assaulted while visiting the village of Kabac on Tuesday, as locals suspected they were health workers who would expose inhabitants to the Ebola virus.

The villagers beat up the priests, who had planned to spray insecticide around the area, the BBC reported. They also vandalized the nearby town council building, setting fire to it after burning the priests’ car.

Guinea, one of the three West African countries worst affected by the Ebola outbreak, has lost nearly 2,000 people to the disease. The nation’s schools reopened earlier this week following a five-month break, soon after the U.N. said the number of cases nationwide had fallen to its lowest weekly total since August. 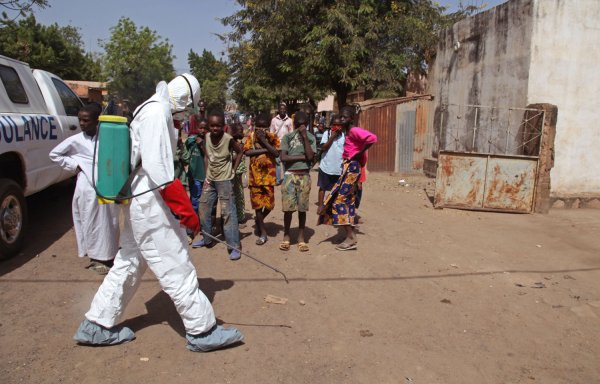 Mali Is Now Ebola-Free
Next Up: Editor's Pick