There Will Be 5 Republican Responses to the SOTU

Nearly a half-century after the first State of the Union rebuttal, the tradition has grown exponentially.

While the opposition party has given an official response to the president’s annual speech since 1966, it’s now splintered. Last year, there were three Republican responses to Obama’s State of the Union. This year, there are five.

The reasons are as numerous as the responses.

Republican Sen. Joni Ernst of Iowa will be giving the official Republican one, which Senate Majority Leader Mitch McConnell called a “perfect choice.”

Ernst’s message will then be largely mirrored by Rep. Carlos Curbelo of Florida, who will be delivering the Spanish language response, a sign of Republican efforts to reach out to Hispanic voters.

But while Ernst espouses hard-line conservative views, the Tea Party also decided to offer up a response from Florida Rep. Curt Clawson, since Clawson was “the first Tea Party Express victory for the 2014 cycle” according to a statement by the group’s executive director.

Kentucky Sen. Rand Paul will also be delivering a response via his YouTube channel, while Texas Sen. Ted Cruz will record an “impromptu video response” after the speech.

This proliferation of responses is a sign of in-fighting among the Republican Party, which previously set aside its differences to offer a single unified message. 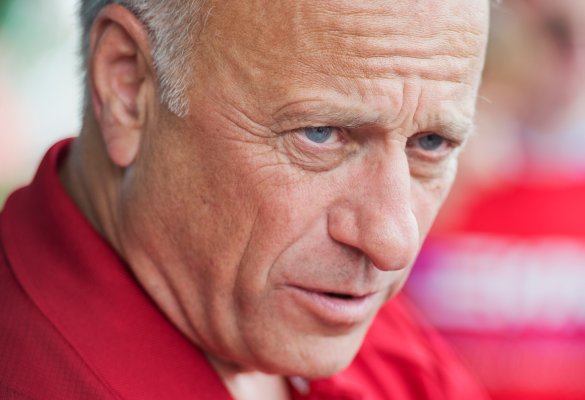 The State of the Union Has Already Given 2016 Republicans a Headache
Next Up: Editor's Pick