The Designated Survivor at Tonight's State of the Union

In the event the worst happens during tonight’s State of the Union address, Transportation Secretary Anthony Foxx will become the next President of the United States.

The so-called “designated survivor,” Foxx will watch the address from a secure undisclosed location protected by the U.S. Secret Service, ready to take command should a catastrophe kill those in attendance at the annual address. As Secretary of Transportation, Foxx would usually be the 14th in the line of presidential succession, but gets a bump to 13th because Secretary of the Interior Sally Jewell is a naturalized citizen.

The designated survivor in 2014 was Energy Secretary Ernest Moniz.

Foxx’s selection comes as transportation and infrastructure have dropped from the list of administration priorities, as the Republicans and Democrats have been unable to agree on funding sources.

The designated survivor tradition dates back to Cold War over fears of a nuclear attack wiping out the country’s political and military leadership. A low-level official is usually selected, so that recognizable Cabinet officers will be seen in audience shots during the president’s address. The role took on a more serious note after the attacks of Sept. 11, 2001, with heightened security and secrecy. 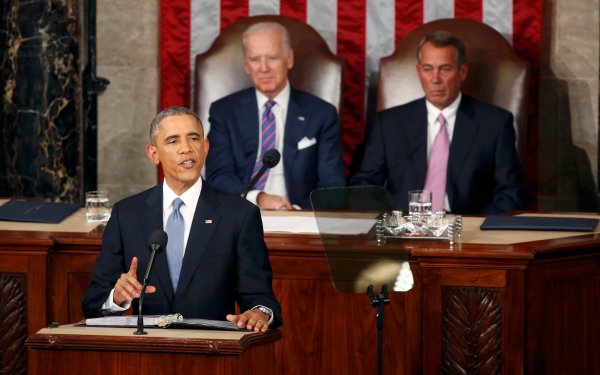 Obama Tries to 'Turn the Page' in State of the Union Address
Next Up: Editor's Pick