New York City Mayor Bill de Blasio toured Paris on Tuesday in a show of solidarity as the French capital reels from a recent series of terrorist attacks.

De Blasio arrived Tuesday morning and made at least eight stops on his trip, including meetings with Paris Mayor Anne Hidalgo and Jewish leaders the Wall Street Journal reports. “We’re here in solidarity because both of our cities have experienced terror, both are cities that understand what it is to fight back,” he said.

His first stop was the kosher supermarket where a gunman took hostages and later killed four of them. De Blasio then traveled with Hidalgo to the Charlie Hebdo office where, two days before the supermarket attack, two gunmen killed 12 people in retaliation for the satirical newspaper’s depictions of Islam and the Prophet Muhammad.

“Mr. de Blasio was the first person to call me just after he heard the news. This was very moving for me,” Hidalgo said at a news conference. She added that the Sept. 11, 2001, terrorist attack “has made the people in New York stronger, and that is what he’s come to say to us today.” 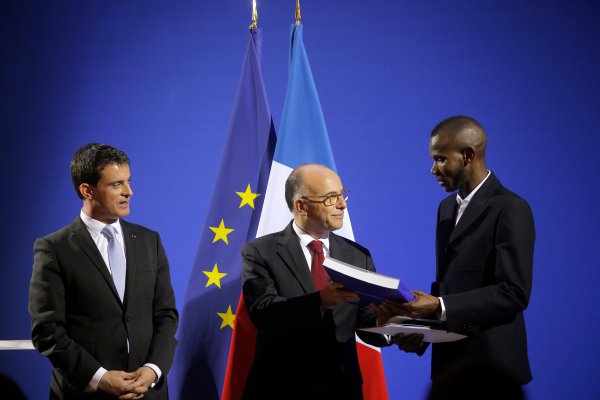