What Obama and Davos Plutocrats Have in Common

If President Obama’s State of the Union speech Tuesday night and the chatter at the World Economic Forum in Davos, which opened Wednesday, are any indication, inequality will be the hot economic topic for another year running.

The president’s proposals for changes to parts of the US tax code that mainly benefit the wealthy revives the conversation Warren Buffett started a few years back with his op-ed about why his secretary pays a higher tax rate than he does. (Answer: She works for wages, whereas the Oracle of Omaha earns money on money itself, in the form of capital gains, interest income, etc.) At the WEF in Davos, where world leaders meet every year to hash out the big geopolitical and economic issues of the day, one of the most talked about reports is Oxfam’s new brief looking at how the 85 richest people on the planet have the same amount of wealth as the poorest 50%, a huge jump from last year when it took a full 388 plutocrats to equal that wealth. Some 20% of the billionaires come from the world of finance and insurance, a group whose wealth increased by 11 % in the last twelve months. And $550 million of it was spent lobbying policy makers in places like Washington, something Oxfam believes has been a major barrier to tax and intellectual property reform that creates a fairer economic system.

Plenty of those plutocrats are here on the Magic Mountain, and some are undoubtedly checking in with their tax planners. I expect that we’ll hear lots more in Davos this week about how to restructure tax codes for the 21st century, mainly because the nature of wealth and how it gets created has changed so dramatically. Today, more than ever since the Gilded Age, money begets money; income earned from wages has been stagnating for years, or decades even, depending on which type of workers you tally. Meanwhile, changes in the tax code and corporate compensation over the last 30 years or so has concentrated more financial resources at the very top of the socio-economic food chain. Indeed, financial assets (stocks, bonds, and such) are the dominant form of wealth for the top 0.1 %, which actually creates a snowball effect of inequality.

As French economist Thomas Piketty explained so thoroughly in his now famous 693 page tome on wealth inequality, Capital in the 21st Century, the returns on financial assets greatly out-weigh those from income earned the old-fashioned way—by working for wages. Even when you consider the salaries of the modern economy’s super-managers—the CEOs, bankers, accountants, agents, consultants and lawyers that groups like Occupy Wall Street railed against—it’s important to remember that somewhere between 30% to 80 % of their incomes are awarded not in cash but in stock options and stock equity. This type of income is taxed at a much lower rate than what most of us pay on the money we receive in our regular checks. That means the composition of super-manager pay has the booster-rocket effect of lowering taxes (and thus governments’ ability to provide support for the poor and middle classes) while increasing inequality in the economy as a whole.

It’s a cycle that spins faster and faster as executives paid in stock make short-term business decisions that might undermine long-term growth in their companies even as they raise the value of their own options in the near. It’s no accident that corporate stock buybacks, which tend to bolster share prices but not underlying growth (you know, the kind that creates jobs for you and me), and corporate pay have gone up concurrently over the last four decades. There are any number of studies that illustrate the intersection between the markets, our tax system, and wealth gap; one of the most striking was done by economists James Galbraith and Travis Hale, who showed how during the late 1990s, changing income inequality tracked the go-go NASDAQ stock index to a remarkable degree.

As Piketty’s work shows, in the absence of some change-making event, like a war or a Great Depression that destroys financial asset value, the rich really do get richer–a lot richer–while the rest of us become relatively worse off. One of the few levers that governments have to combat this trend is the tax code. While Piketty argues for a global wealth tax, something that will likely never happen, President Obama’s stab at capital gains taxes and trust taxes is probably just the opening round in a tax debate that will go on throughout this year, and into the 2016 presidential race.

I say, bring it on—given that the nature of wealth has changed, it’s high time the tax system should too. 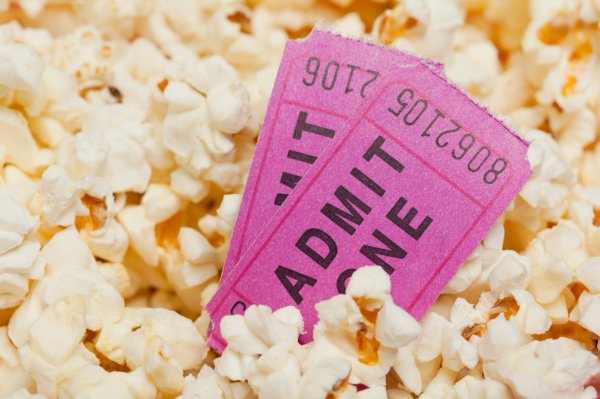