The average price in 2014 was $8.17, an all-time yearly high, but only a slight increase from the 2013 average of $8.13, the National Association of Theater Owners (NATO) said in a statement Tuesday. That figure has steadily increased since the mid-1990s, when tickets were around $4.

“Over most of the year, the average was lower than the equivalent quarter on 2013, with the exception of the third quarter when we had a big hit with Guardians of the Galaxy in 3D and large format screens,” NATO Vice President and Chief Communications Officer Patrick Corcoran said in a statement.

Five years of rising ticket prices was one of the chief reasons fewer people went to the movies last year, according to a recent survey by PricewaterhouseCoopers. Box office revenues from 2014 were also down compared to those of 2013, as several highly anticipated sequels like Transformers: Age of Extinction raked in fewer profits than their predecessors.

Last year’s slumps were capped off by Sony’s decision to stream The Interview online on Christmas Day following threats. While the online revenues likely haven’t covered the movie’s costs yet, they’ve already topped $40 million as of this week. 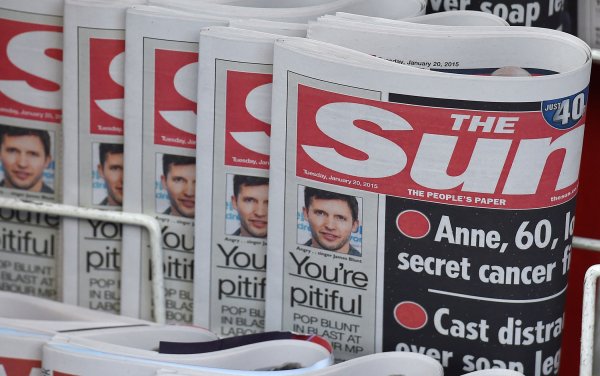 Why Taking a Page Out of a U.K. Tabloid Is Good for Women
Next Up: Editor's Pick