Bradley Cooper may have earned himself a Best Actor nomination for his role in the Clint Eastwood-directed American Sniper, but the actor who plays his baby gets no nominations because it’s not even an actor at all. It’s just a dumb plastic doll.

In the scene above, featuring Bradley Cooper and Sienna Miller, you’ll notice that the baby is fake. So fake. Distractingly fake. Like, it’s hard to listen to the words the actors are saying because you’re just looking at the lifeless plastic lump in Cooper’s arms and wondering why they couldn’t afford to hire a real baby for this.

The New York Times explains that the film’s screenwriter, Jason Hall, weighed in on this issue back in December in a since deleted tweet. It read: “Hate to ruin the fun but real baby #1 showed up with a fever. Real baby #2 was no show. (Clint voice) Gimme the doll, kid.”

Read next: The True Story Behind ‘American Sniper’ 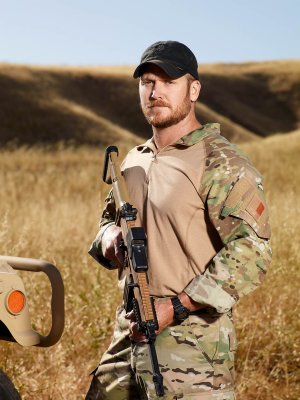 Read the Full Interview With American Sniper Chris Kyle That Didn't Make it to Press
Next Up: Editor's Pick