As Yemen’s Government Falls, So May a U.S. Strategy for Fighting Terror

As the nation awaited President Obama’s State of the Union address Tuesday—and any new decision on how he plans to wage war on Islamic fundamentalism—one of his key approaches seems on the verge of collapse in Yemen.

Shiite Houthi rebels attacked the home of Yemen’s president as they rushed into the presidential palace in Sana’a, the Yemeni capital. Government officials said a coup against President Abed Rabbo Mansour Hadi was underway. “The President has no control,” a Yemeni government spokesman told CNN.

Hadi is a key U.S. ally in the war against Al Qaeda in the Arabian Peninsula, but his grip on power has been pounded by Houthi forces over the past four months. Fighting between Hadi’s Sunni government and the Shiite Houthis has created a vacuum that experts fear AQAP will exploit to expand its power base in the increasingly lawless nation.

Saïd Kouachi and Chérif Kouachi, French brothers of Muslim descent, said they carried out their attack on Charlie Hebdo, the French satirical magazine, on behalf of AQAP. “Tell the media that this is Al Qaeda in Yemen!” the Kouachi brothers shouted outside the magazine after their massacre.

Washington has cited its relationship with Yemen as breeding success in the war on terror. On Sept. 10, as Obama announced the start of a bombing campaign against the Islamic State of Iraq and Greater Syria, he heralded his lighter approach to dealing with terror by citing Yemen.

“I want the American people to understand how this effort will be different from the wars in Iraq and Afghanistan,” he told the nation from the White House. “This strategy of taking out terrorists who threaten us, while supporting partners on the front lines, is one that we have successfully pursued in Yemen and Somalia for years.” But 11 days later, Hadi’s government was driven from parts of the capital of Sana’a by the Houthis, who have since gained control of several ministries.

“U.S. counter-terrorism policies in Yemen worked in the short term to keep al Qaeda in the Arabian Peninsula from engaging in some attacks on the U.S. that al Qaeda wanted desperately to carry out,” former top Pentagon official David Sedney said Tuesday. “But that short-term success was never accompanied by a long-term strategy, and the result has been horrific—a country that is now in chaos, dominated by groups with diverse ideologies but who share a common theme—they hate the U.S. and want vengeance for the evils they believe we have wrecked upon them.”

The U.S. anti-terror policy in Yemen of a “light footprint”—drones, special-ops units and training for local forces—isn’t working, Sedney says. “The drone strikes and fierce attacks by U.S.-trained and -mentored Yemeni special forces have created hordes of new enemies for the U.S. who see us as supporters of a decrepit, oppressive, and corrupt leadership,” says Sedney, who from 2009 to 2013 ran the Pentagon office responsible for Afghanistan, Pakistan and central Asia.

“What is not clear is whether the Administration has learned any lessons as its failures mount,” he adds. “If the only U.S. response is to increase drone strikes and send in more special forces, then we better get prepared for some difficult, violent years ahead.”

Christopher Swift, a Yemen expert at Georgetown University, says U.S. efforts in Yemen have been lackluster. “Our relationships, whether they’re political or military, don’t extend beyond the capital,” he says. “The bad guys are out in the field, far away from the national capital, and to the extent we claim to have relationships out in the bush, they’re based on third-party sources or overhead surveillance.”

U.S. goals in Yemen have always been tempered. “We’ve been playing for very limited, very modest objectives in Yemen,” Swift says. “Yemen is still a place where people who want inspiration, or training, or a place to hide can go. AQAP isn’t going away. The Yemenis are not in a position to make it go away, and we’re not willing to help them defeat AQAP decisively.”

Between 2011 and 2014, the U.S. pumped $343 million into Yemen, largely to fight AQAP. The U.S. is slated to provide Yemen with $125 million in arms and military training in 2015, in addition to $75 million in humanitarian aid, according to the nonprofit Security Assistance Monitor website.

“Despite their aggressive actions against AQAP, the Houthis have continually expressed anti-American rhetoric,” Seth Binder of the Security Assistance Monitor wrote Jan. 9. “And AQAP has used the Houthi’s Zaidi-Shi’a roots, a sect of Shiite Islam, to frame their battle as a Sunni-Shiite conflict. Recent reports indicate the tactic may be working as an increasing number of disenchanted Sunni tribesman are joining AQAP.”

Sedney says the only way of transforming a society like Yemen’s is full-bore nation building, with the time and money required to make it work. “We always want to have an exit,” Sedney says, “and the problem with real life is there’s no exit.” 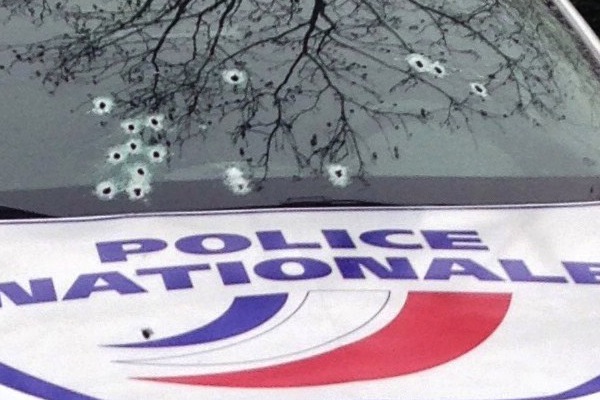 Charlie Hebdo Attack Highlights the Challenge of the U.S.-Yemen Relationship
Next Up: Editor's Pick