A British man who faked his death in Syria to allow him to return home has admitted to four terrorism offences, BBC reports.

Imran Khawaja, 27, from London, fought in Syria for six months in 2014. After posting a message online on social media in June suggesting he had been killed in the conflict, Khawaja attempted to return to the U.K. undetected.

Khawaja admitted to preparing for acts of terrorism, attending a camp, receiving training and possessing firearms. The hearing took place last year but is only being reported now because of legal restrictions.

Police say Khawaja’s group in Syria committed acts of serious violence, as well as being involved in propaganda recruiting drives — with Khawaja captured on camera posing with a severed head.

His cousin, 44-year-old Tahir Bhatti, said he helped his cousin return, driving him back home from Bulgaria. The two were arrested at the English port of Dover. Bhatti has pleaded guilty to assisting an offender, while another man, 33-year-old Asim Ali, pleaded guilty to making £300 ($455) available to Khawaja for the purposes of terrorism. All three men will be sentenced next month.

Head of London’s Counter Terrorism Command, Richard Walton, said: “Imran Khawaja was not a vulnerable teenager that has traveled out to Syria and been corcerced to travel to Syria. This is a man who has chosen the path of terrorism…this is a dangerous man, a trained terrorist.” 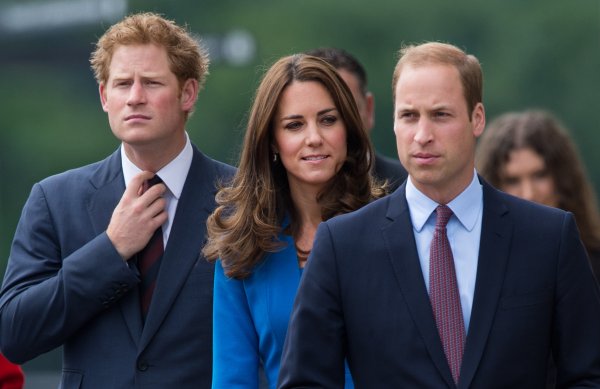 Here Are The Most Surprising Gifts the British Royal Family Received Last Year
Next Up: Editor's Pick