Get Ready to Cry With Dove's Super Bowl Ad About Dads

Doves’s male-focused product line Men+Care has released its Super Bowl ad, which pays tribute to fathers. The spot almost entirely consists of children screaming “dad” or “daddy,” and the ad’s text says, “What makes a man stronger? Showing that he cares.” A 30-second version of this commercial will air during the 1st quarter of the game, a Dove spokesperson told TIME.

In a news release, Jennifer Bremner, director of marketing at Dove Men+Care, said:

Bremner also told AdWeek last month that the commercial is part of a conversation about masculinity “that we hope to start and spark on the Super Bowl.” And if it looks familiar, that is because it uses footage from its “Real Dad Moments” campaign, an ad released for Father’s Day 2014.

The brand also released a Super Bowl ad in 2010, showing a boy starting to grow up to be a tough guy who has been told “don’t show your sensitive side.” He then marries, starts a family and finally feels comfortable enough to embrace that side: “You can take on anything because you can, you’re a man.” 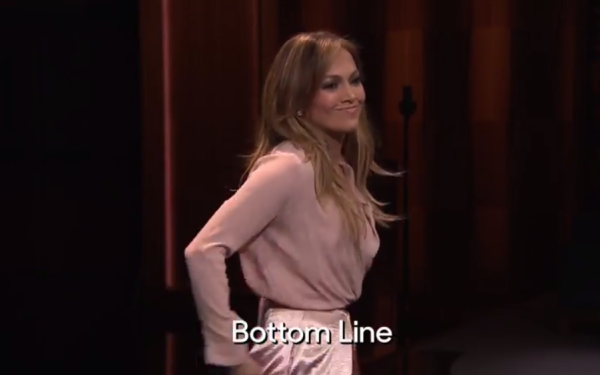 Watch Jennifer Lopez Use Her Butt as a Clue During a Game With Jimmy Fallon
Next Up: Editor's Pick