Who Was American Sniper Chris Kyle?

This week, Chris Kyle is in the news because American Sniper, the new movie based on his memoir, has broken January box-office records and been nominated for a half-dozen Oscars. About two years ago, however, the late Navy SEAL made news for a much more tragic reason: on Feb. 2, 2013, he had been killed at a shooting range in Texas.

TIME’s Mark Thompson profiled the famous gunman shortly after, and the piece provides a slew of answers for any American Sniper viewers curious about the man behind the movie. Though his tale is now common knowledge, it’s not necessarily an easy story to wrap one’s mind around. Kyle was, as Thompson points out, a man of contradictions. He hated water, but joined the Navy; he didn’t want to glorify himself, but his memoir was a best-seller; he was an expert killer, but he also wanted to help people. 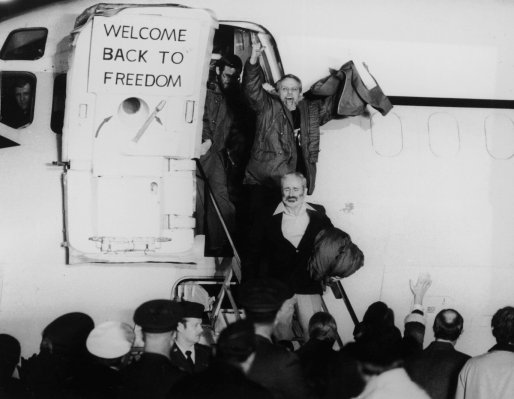 Freed Iranian Hostages Weren’t Sure Whether to Criticize Carter or Thank Him
Next Up: Editor's Pick