AirAsia aircraft tail is recovered from the Java Sea on Jan. 12, 2015, in Pangkalan Bun, Indonesia
Denny Pohan—Demotix/Corbis
By Rachel Janik

An airplane that crashed in Indonesia late December was climbing at “beyond normal” speed before it pitched into the Java Sea, the country’s Transportation Minister said Tuesday.

Ignasius Jonan told a hearing into the AirAsia Flight 8501 crash that the plane stalled after climbing at 6,000 ft. per minute — faster than a fighter jet, the Jakarta Post reports. A total of 162 passengers and crew are believed dead.

“The average speed of a commercial aircraft is probably between 1,000 and 2,000 ft. per minute, because the aircraft is not designed to soar so fast,” he said.

The update comes a week after the recovery of the plane’s “black boxes,” a flight-data recorder and cockpit-voice recorder.

Investigators have ruled out terrorism after reviewing the black boxes and are considering human error, technical malfunction and inclement weather as possible causes for the steep climb and the crash. 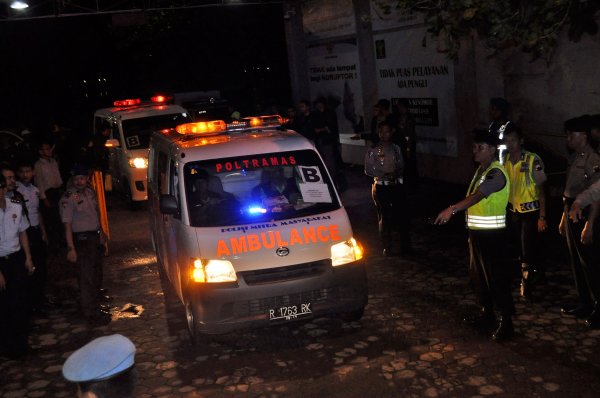 Indonesia Executes 6 People for Drug Crimes Despite Foreign Appeals
Next Up: Editor's Pick