Directors Ethan Cohen (L) and Joel Cohen (R) during the photocall for 'Inside Llewyn Davis' at the 66th annual Cannes Film Festival in Cannes, France, May 19, 2013.
Sebastien Nogier—EPA
By Sam Frizell

Joel and Ethan Coen, fraternal writing and directing pair extraordinaire, will preside over the jury at the Cannes International Film Festival in May.

“Presiding over the Jury is a special honour [sic], since we have never heretofore been president of anything,”the filmmaker brothers said in a tongue-in-cheek statement. “We will issue further proclamations at the appropriate time.”

The brothers will be the first duo to serve as co-presidents of the jury, according to the New York Times. Other U.S. directors to have served as president of the jury include Steven Spielberg (2013), Tim Burton (2010) and Quentin Tarantino (2004). New Zealand director Jane Campion presided in 2014.

The Coen brothers are also known for The Big Lebowski, No Country for Old Men, True Grit, and others. 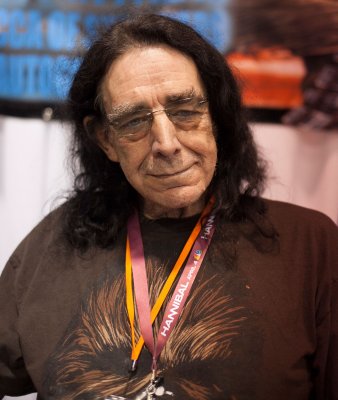 Chewbacca Actor Hospitalized With Pneumonia
Next Up: Editor's Pick