Dean Parker in the Iraqi Kurdish city of Sulaymaniah after spending weeks on the front lines with Kurdish fighters in Syria. Jan. 14, 2015.
Rebecca Collard
By Rebecca Collard/Sulaymaniah,Iraq

When the Islamic State of Iraq and Syria (ISIS) surrounded the Yezidi tribes on Sinjar Mountain in August last year, Dean Parker was at his job as a commercial painter in the U.S.. That evening, he saw news reports of Kurdish fighters trying to liberate the mountain.

“I made the decision right there,” says Parker, now sitting in his hotel room in the northern Iraqi city of Sulaymaniyah. “I was online booking a ticket.”

He packed body armour, boots, clothes and downloaded a copy of Sun Tzu’s The Art of War on his e-reader. He left the U.S. without telling his family. A month later the 49-year-old grandfather and surfer had traded his paintbrush and board for a rifle and was inside Syria.

For some, the motivation seems to be a cocktail of feelings that the U.S. is doing too little to combat the extremists, and the desire for action.

“[ISIS] people are bad people. They use religion, but it’s not anything about Islam. They pervert it,” says Parker. “You know, you could probably take the Bible, you could take the Koran, you take Betty Crocker’s cookbook and twist the words around enough to justify anything you wanted to do.”

The U.S. has repeatedly said there will be no American combat boots on the ground in Iraq and Syria, but these Americans have jumped this policy and landed in Syrian Kurdish territory. There are at least three Americans among around a dozen Western volunteers now fighting with Kurdish forces.

Most of the foreign recruits who have joined the fight have done so with the Kurdish People’s Protection Units, known by their acronym YPG. The group’s facebook page — The Lions of Rojava — features a cover photo of half-dozen armed foreign fighters in military fatigues with a lion posing in front of a burning cityscape. “I wanna go f–k S–t up!!!!!! PM me,” posted Anthony Coletti , who appears to be from New York, expressing interest in joining the fight.

Parker says he chose the YPG because they are not designated as a terrorist organization in the US, though he says carrying a weapon in Syria is likely to earn him the attention of U.S. authorities when he returns.

Dean Parker with Kurdish forces in Syria in Dec. 2014.
Facebook

While Parker has no military experience, some of the other volunteers are former soldiers who served in tours in Iraq or Afghanistan. American forces lost soldiers fighting to suppress al-Qaeda in Iraq from which ISIS emerged and some veterans feel the U.S. should be doing more to destroy the group which has also been beheaded Americans.

“We let ISIS grow and did nothing about it,” Jordan Matson told a Kurdish journalist after entering Syria in August. “Me and several others are going to stay here until this fight is over.”

Matson, from Wisconsin, is believed to be the first American to join the YPG. He was wounded by a mortar bomb while fighting ISIS in Syria. Matson served in the U.S. army, but while he makes a great poster boy in military fatigues and a keffiyah, the YPG says these volunteers aren’t exactly what they need.

“Arms are more important than fighters,” says Ahmad Shiekh Hassan, head of the defense committee for Kurdish forces in Syria. He says the number of Western fighters to join his forces against the militants is less than 15, a drop in the bucket compared to the estimated 15,000 foreign fighters who have joined ISIS.

While the YPG says they are not actively recruiting foreign fighters, they have been pleading with the U.S.-led coalition for better weapons and more air strikes to help their battle, particularly in the border town of Kobani. “What do we need more fighters for if we don’t have the necessary arms and weapons to give them?” asks Hassan.

While Kurdish forces have been more successful than others in taking ground from ISIS, U.S. law may cloud their claim that they are leading the fight against terrorism. The YPG is closely related to the Turkey-based Kurdistan Workers’ Party (PKK), classified a terrorist organization by the U.S. and other NATO countries. And the PKK is fighting alongside the YPG in Syria. That puts these fighters in a murky area. Human Rights Watch also has raised concerns about the YPG’s use of child soldiers and accused them of violent crackdowns on Kurdish political opponents.

However, while Americans caught fighting with ISIS in Syria will face charges and jail time, State Department spokesperson Jennifer Psaki has said in October that she’s not aware of any specific law against what these men are doing. “We also of course remain concerned about any citizen traveling to take part in military operations,” she added. “We recommend any U.S. citizens remaining depart immediately.”

And beyond the risk of combat casualities, American and other Western fighters risk becoming ISIS trophies to be paraded in orange jumpsuits and possibly beheaded if they are captured on the battlefield. 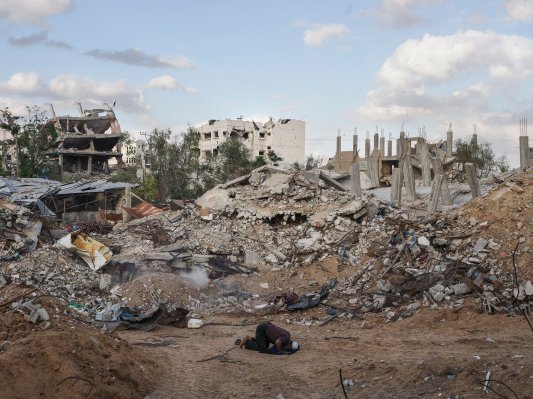 The Path to Peace
Next Up: Editor's Pick