A Japanese laborer in his 50s died Tuesday while inspecting a water storage tank at the defunct Fukushima Daiichi Nuclear Power Plant, the site of a March 2011 nuclear meltdown following a catastrophic tsunami.

The man, an employee of one of Japan’s largest construction firms, Hazama Ando Co., died at a hospital in Tokyo after plunging into the 33 ft.-deep tank. Tokyo Electric Power Co., the plant operator, was already under fire from labor inspectors for a recent uptick in accidents. This is the plant’s second death in under a year, reports Reuters.

“We promise to implement measures to ensure that such tragedy does not occur again,” said plant manager Akira Ono in a statement to the media.

Although Tokyo Electric increased its workforce and initiated a cleanup campaign this year, there were 55 accidents at the Fukushima Daiichi plant during the current fiscal year, almost double last year’s rate. On Tuesday, Tokyo Electric also reported an injured worker at another nuclear plant, Fukushima Daini.

“It’s not just the number of accidents that has been on the rise. It’s the serious cases, including deaths and serious injuries that have risen so we asked Tokyo Electric to improve the situation,” labor inspector Katsuyoshi Ito told Reuters. 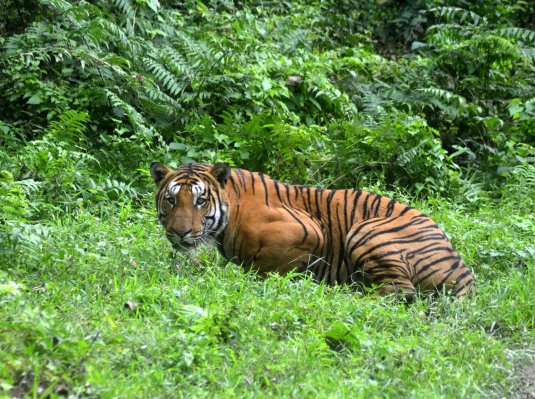 India's Tiger Population Has Gone Up Significantly
Next Up: Editor's Pick