Picture your ideal gaming handheld. What does it look like? Dual joysticks? Ergonomic gamepad? A plus-sized screen? Headgear-free 3D? High fidelity sonics? The battery life of a Kindle?

You won’t get all of those from Nintendo’s “New Nintendo 3DS,” the revamped 2015 edition of its popular portable, but you will get a few. The question then becomes, should you fork out $200 for the new 3DS—especially if you already own one—when it becomes available in stores on February 13?

I’ve been playing with the system for a week, polishing off a long game of The Legend of Zelda: Ocarina of Time (started back in 2011!), fooling with the forthcoming Majora’s Mask remaster, and having a look at Capcom’s Monster Hunter 4 Ultimate. Here’s my take:

The arguments for buying one

The 3DS’s feature namesake seemed very cool when I first tried it at the handheld’s E3 unveiling in 2010. Seeing three-dimensionally without headgear or eyewear of some sort still feels like Clarkeian magic. Trouble is, to maintain the illusion, you had to keep your head still. Move a bit either way, and the image garbled.

The New Nintendo 3DS rectifies this by introducing camera-based eye tracking, something the company calls “Super-Stable 3D.” Now, at setup, you’ll be trained to work within a field of view that’s pretty generous, allowing you to move your head more freely without jeopardizing the effect.

It still requires you hold the handheld at least a foot (Nintendo recommends 14 inches) from your eyes, and it’s not like an IPS monitor where you can twist the screen and still see everything clearly—you’re still limited to a few degrees of leeway either way—but it’s far more forgiving than it was. Enough so that I’d deem it usable. I’ve long considered 3D on the 3DS unusable, and simply turned it off; I’m reconsidering my use of the technology now that it basically works as it should have from the start.

The only caveat: I wear glasses, and noticed the eye tracking would occasionally get confused when I had them on, whereas it was rock solid when I had them off. (I’d say it works as advertised 95% of the time with glasses on.)

You’ve been waiting for a dual joystick Nintendo handheld

The new C Stick—it looks like a pencil eraser and sits just northwest of the face buttons—isn’t as precise as a true second joystick. But if all you need is a way to shift the camera around in a 3D game, it gets the job done. Nintendo launched something called the “Circle Pad Pro” in 2012, a kludgy-looking righthand joystick attachment for older 3DS models. The C Stick works in any game with Circle Pad Pro support (a partial list is here), albeit less exactingly, like the trackstick technology once popular in older laptops.

I wouldn’t want to have to rely on it to play games that require brisk reticle finessing, say I’m aiming a ballistic weapon in a frenetic shooter, but in others like Monster Hunter 4 and Majora’s Mask, where it’s employed to swivel the camera and eyeball the scenery as you maneuver an avatar through the world with the left joystick, it’s indispensable, and should be a system seller when Xenoblade Chronicles hits in April.

Nintendo isn’t advertising this one, but I think it’s noticeable enough to callout: the stereo speakers—now piped through five-point cross-shaped holes—sound notably louder and clearer than the ones on the older models. Did Nintendo include superior sound hardware (or algorithmic processing)? Or is it simply the size of the holes and/or the shape of the speakers? I have no idea, but something’s clearly different, and better.

The promise of future power

We’re taking Nintendo’s word here, but Nintendo of America CEO Reggie Fils-Aime claims the new 3DS’s leap over the old 3DS, power-wise, is tantamount to the 3DS’s processing leap over the DS. If the claim’s accurate, it’ll be a pretty serious bump, though all we’ve seen so far, game-wise, is preliminary video of Monster Games’s Xenoblade Chronicles port.

Nintendo says getting around the 3DS’s menus should also be faster. I haven’t done any comparison timing tests with my standard 3DS XL, but then interface speed never felt sluggish to me on the prior models.

The most tangible improvement? Download speeds. I had no idea how much data transfer from the eShop was hampered by the system itself in the older models, but the new system is wowsers fast, capable of pulling down 5,000-block files in a matter of minutes.

All the tiny but significant refinements

Want a battery that lasts slightly longer? An ambient light-sensitive backlight that automatically adjusts the screen brightness? Built-in amiibo and NFC wireless support, so you don’t have to buy an add-on peripheral? A web browser that can finally playback videos? A second set of shoulder buttons that mimic the secondary triggers on a gamepad? A volume slider that now sits comfortably on the lefthand side of the screen, parallel to the 3D one? All the activity indicator lights in one place? Easily depressible Start and Select buttons positioned where Start and Select buttons belong?

This is clearly the best version of Nintendo’s 3DS, in other words. If you’re into the games and the idea of two-screen gaming, this is without question the iteration to own. True, 3DS owners who’ve already paid hundreds of dollars have to fork out another $200, but when you consider what some people pay to upgrade smartphones or tablets annually—and as a mainstream gaming device, the 3DS leaves smartphones and tablets in the dust—it’s arguably a steal.

The arguments against buying one

You think stereoscopic 3D’s a gimmick

My regular 3DS XL’s 3D switch has been off pretty much since I bought it. I avoid 3D versions of films in theaters. I’ll never owned a stereoscopic 3D television. I have no interest in the current flavors of the technology’s crude, eye-straining, aesthetically pointless visual trickery. You can still disable the technology on the New Nintendo 3DS, but as a system-selling feature it’s still ironically the least interesting thing about the 3DS.

You’re waiting for a Nintendo handheld with a retinal display

It’s not a dealbreaker: games on the 3DS, new or old, look perfectly competent. But it’s past time Nintendo brought its handheld visuals up to par with industry trends. Imagine what a high-definition Nintendo handheld might do for the company’s coffers.

My original Aqua Blue 3DS had a shiny, high-reflective finish. I didn’t mind because the non-black coloring mitigated visible fingerprint smudging. But I was happiest with the 3DS XL, which employed something nearer a matte finish, making it easier to grip and smudge-proof.

Not so the New Nintendo 3DS, which resurrects the old shellacked look in either red or black colors. Nintendo sent me the black model, so I can’t comment on whether the red finish mitigates fingerprint visibility, but the black model’s outsides look pretty grubby after extended use.

All the odd feature back-stepping

For instance: the New Nintendo 3DS doesn’t come with a separate AC adapter, though it’s compatible with any other 3DS adapter. The power button now weirdly sits on the bottom of the unit instead of on the interior lower half of the clamshell, which can lead to accidentally turning it on. It also trades SD for micro SD support and ships with a paltry 4GB card. Worse, a tiny screwdriver is required to remove the entire backplate just to access/change said card.

Of all the changes/subtractions, the removal of a hard “wireless off” switch and shifting of the stylus and game cartridge slot to the system’s underside make the most sense, but the rest—compromises based on form factor rejiggering, or in the adapter’s case, to keep the price at $200—leave a slightly sour taste.

You really wanted a non-XL option

Nintendo says it’s only selling the XL version stateside because that’s the version buyers prefer, and who am I to argue? (It’s certainly my preferred version.) It’s just a shame the market couldn’t accommodate the apparent minority looking for something a little lighter and more totable: the basic version was just barely pocketable; the XL definitely isn’t. 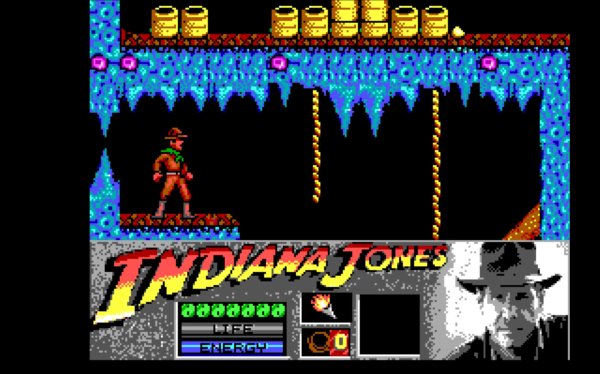 The 10 Best Classic PC Games You Can Play Right Now
Next Up: Editor's Pick