The reason Pluto was demoted from the ranks of the planets back in 2006 was that astronomers had lately discovered it wasn’t alone out there. A whole assortment of Pluto-like objects is circling out beyond Neptune—too many, said the International Astronomical Union, for schoolchildren to memorize. (Seriously.) So despite a general public outcry that continues today, Pluto was demoted to “dwarf planet,” and the Solar System was left with a tidy eight.

But scientists think planets much bigger than Pluto could be orbiting beyond the reach of our most powerful telescopes. They probably aren’t as big as Saturn and Jupiter—but the unusual orbit of a tiny world called 2012 VP113, discovered last spring, hinted at the presence of something bigger than Earth. And now a pair of papers published in Monthly Notices of the Royal Astronomical Society suggests the evidence is even stronger.

“We have unpublished calculations,” says lead author Carlos de la Fuente Marcos, of the Complutense University of Madrid, “that suggest that there could be two planets with between two and 15 times the mass of the Earth.”

As with last year’s discovery, the evidence for the two planets is indirect. “We would like to emphasize that we have not discovered any new objects,” de la Fuente Marcos says. What they’ve done instead is to look at the orbits of 13 small bodies, including 2012 VP113, that follow elongated orbits in the distant reaches of the solar system.

In particular, they’ve looked at an orbital parameter known, in a quaint throwback to the early days of astronomy, as the “argument of perihelion”—that is, the point at which their tilted orbits cross the plane in which the other planets circle the Sun. What de la Fuente Marcos and his team find is that these points are suspiciously similar for all 13, which implies that the gravity of some massive object or objects, still unseen, is herding them. (It involves the Kozai mechanism, since you’re undoubtedly wondering).

These Super Earths would be located about four times as far away as the outer limit of Pluto’s orbit—and that’s a bit of a problem, since current models of the Solar System’s formation have a tough time putting a big planet out at that distance, especially today. “They may have existed in the past, but at very low probability,” says Ramon Brasser, of the Cote d’Azur Observatory, in France. Brasser also argues that more than half of the objects de la Fuente Marcos and his co-authors cites as evidence come close to Neptune, whose own gravity skews the results.

De la Fuente Marcos disagrees on the second point. “In general,” he says, “these objects are weakly perturbed by Neptune if they are perturbed at all. He agrees on the former, but with a caveat. “If we assume that our models of Solar System formation are correct, the objection is valid. But what if our models are incorrect?”

Even if the models are correct, however and a super Earth can’t be orbiting where de la Fuente Marcos suggests, that doesn’t mean there’s nothing big out there. “It’s possible,” says Brasser, “but the planet would have to be much farther away and much more massive in order to have the same effect. This scenario,” he says, “is currently being investigated.”

But the investigations are still purely indirect. “If large planets do exist,” says de la Fuente Marcos, “these objects must be very dark … and they are very far away from the Sun.” There won’t be a prayer of spotting them until the James Webb Space Telescope, or one of the new giant ground-based telescopes now under construction, is up and running toward the end of this decade.

But for a discovery that could completely redraw the map of the solar system yet again, that’s not too awfully long to wait. 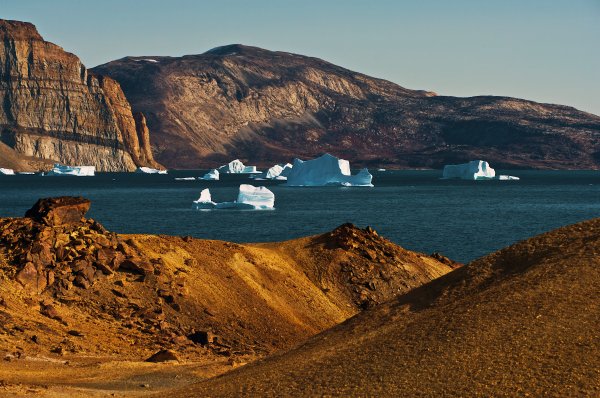 Hottest Year Ever
Next Up: Editor's Pick