A health worker sprays disinfectants near a mosque, after the body of a man suspected of dying from the Ebola virus was washed inside before being buried in Bamako, Mali
Baba Ahmed—AP
By David Stout

Mali is officially Ebola-free after going 42 days without reporting a new case, according to the World Health Organization.

The country’s Health Minister Ousmane Kone made an announcement during a national broadcast on Sunday night.

During his speech, Kone heaped praise on the country’s health workers and Malian authorities for “weeks of intense work” that led to the result, according to Agence France-Presse.

Mali recorded its first Ebola case in October after a 2-year-old contracted the deadly virus. Following the incident, the country launched a massive eradication campaign.

In total, the disease only infected eight people in the country, but six of them were killed by it, according to statistics compiled by the WHO.

More than 8,400 people have succumbed to the deadly virus in West Africa. 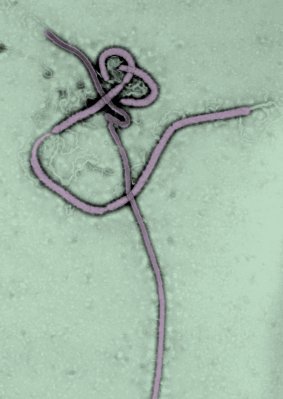 How Doctors Without Borders Is Fighting Malaria and Ebola at the Same Time
Next Up: Editor's Pick