Miss Lebanon Criticized After Being Caught in Miss Israel's Selfie

A seemingly good-spirited selfie taken at the Miss Universe pageant has caused a political stir. Miss Lebanon, Saly Greige, is being criticized for being caught in a photo with Miss Israel, Doron Matalon, along with two other girls.

After Matalon posted the snapshot on her Facebook profile, Lebanese television station Al Jadeed quipped that, since one of her hobbies is reading, she should have read that Lebanon and Israel are enemies.

Greige explained the situation on her Facebook page, saying she had been trying to avoid communicating with and taking a photo with Miss Israel since arriving at the competition… 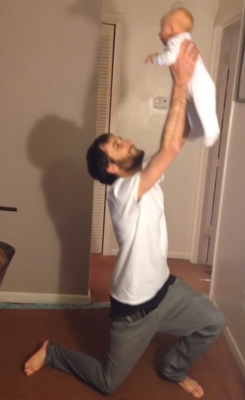 Groundbreaking Dad Puts on Pants While Holding Baby With Both Hands
Next Up: Editor's Pick