Indonesia executed six people convicted of drug crimes just after midnight Saturday, after rejecting last-minute appeals and clemency requests from foreign leaders whose citizens were among those sentenced to death.

Officials confirmed that four men from Brazil, Malawi, Nigeria and the Netherlands and one woman from Indonesia were executed in pairs by a firing squad on Nusakambangan Island, which is just off the southern coast of Java, the Associated Press reported. Another woman from Vietnam was executed in Boyolali, a regency in central Java.

Brazilian President Dilma Rousseff and Dutch Foreign Minister Bert Koenders, among other diplomats and international leaders, have spoken out against the executions. Koenders said in a statement that the killings were “a cruel and inhumane punishment … an unacceptable denial of human dignity and integrity.”

Indonesia is known for its strict drug laws and resumed its executions in 2013 after a four-year moratorium on the death penalty. 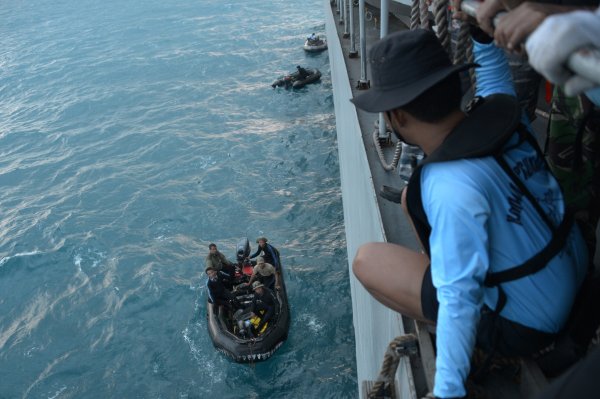 Signals Detected From AirAsia Black Boxes
Next Up: Editor's Pick