Charlie Hebdo editor Gerard Biard defended the satirical magazine’s decision to put a cartoon depiction of the Prophet Muhammad on its cover following this month’s brutal terrorist attacks, in an interview that aired Sunday.

“We do not attack religion, but we do when it gets involved in politics,” Biard, who was in London during the attack on Charlie Hebdo, said on NBC‘s Meet the Press.

Charlie Hebdo has had a history of controversy with its mocking of several religions, particularly Islam. The French weekly’s cover image following the attacks on its office defiantly portrays the Prophet Muhammad holding a sign reading, “Je Suis Charlie.” The issue both sold out and sparked worldwide opposition from some groups.

Biard explains how Charlie Hebdo is coping with the aftermath of the attacks, which left 12 dead, including 10 staff members:

Biard urges people not to place thinkers and artists in the same category as murderers: 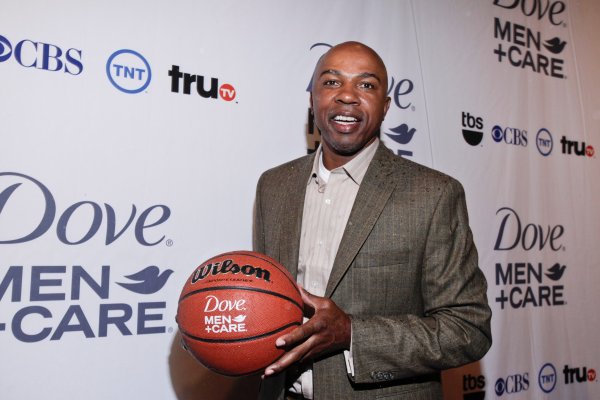 Basketball Analyst Suspended After Reported Arrest
Next Up: Editor's Pick