People gather against the Boko Haram attacks in Nigeria on Jan. 17, 2015 in Paris.
Jean Marmeisse—Corbis
By Jack Linshi

Suspected fighters from the Nigerian Islamist group Boko Haram kidnapped around 80 people Sunday, over half of whom were children, during a cross-border attack in neighboring Cameroon, officials said.

The kidnappings were the largest in Cameroon since the terrorist group began expanding its operations to adjacent countries, including Chad, Reuters reports. Three people were also killed during the attacks.

“According to our initial information, around 30 adults, most of them herders, and 50 young girls and boys aged between 10 and 15 years were abducted,” an army officer in Cameroon told Reuters.

Cameroon government spokesperson Issa Tchiroma has confirmed the attacks, though he said the exact number of people kidnapped during the attacks is not known.

Boko Haram has made advances in recent weeks with an assault on the multinational military base of Baga in northeast Nigeria, as the group seeks to disrupt the upcoming Presidential elections. The Nigerian government estimated the death toll from the Baga massacre was 150, though local reports said the death toll was at least 10 times higher. 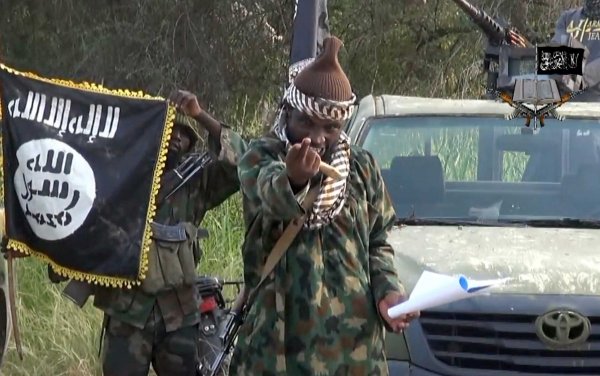