Fox’s new agenda is looking a lot like their old one. Confirming some prior reports, the network’s leadership says they are seriously chasing a reboot of The X-Files and are possibly interested in bringing back Prison Break too (along with yet another edition of24 as well — but that’s another story).

On The X-Files front, Fox chairman and CEOs Dana Walden and Gary Newman say they have been in talks with series creator Chris Carter about reviving the supernatural procedural, which was a major hit for the network from 1993 to 2002. The executives also revealed they hope to have original series stars David Duchovny and Gillian Anderson reprise their roles on the show.

One thing all three titles have in common is they’re properties of 20th Century Fox Television, which Walden and Newman ran prior to adding the Fox broadcast network to their plate last year.

“It’s true that we’ve had some conversations on X-Files,” Newman said. “We’re hopeful of being able to bring that back at some point.”

Walden added: “Gary and I both worked [at 20th Century Fox Television] through the entire run of The X Files. It was a great experience. We’ve maintained good relationships with Chris, David and Gillian. We’re very hopeful, but it’s hard. The actors are very busy. They have a lot going on. Chris has a lot on his plate, so it’s just trying to carve out the time.”

Amazon recently declined to make Carter’s new post-apocalyptic series project The After, so the writer-producer may be more open to revisiting his past. More problematic is that Duchovny has an upcoming NBC event series, Aquarius, while Anderson has a recurring role on NBC’s Hannibal. Both actors would presumably have to get contractually clear of their commitments to Fox’s rival before signing onto an X-Filesrelaunch.

As for Prison Break, the team sounded more skeptical of a reboot coming together, but also very interested. “There is some speculation in the press about Prison Break, which honestly was slightly news to us,” Newman said. “Although we’ve made it clear over the years to the studio that we would bring Prison Break back in a heartbeat. It’s probably the perfect event series. If our old partners in that show are interested, that would be great.”

It wasn’t clear if the executives planned to do Prison Break with a new cast or not, but the show’s stars Dominic Purcell and Wentworth Miller are currently recurring as villains on The CW’s The Flash. 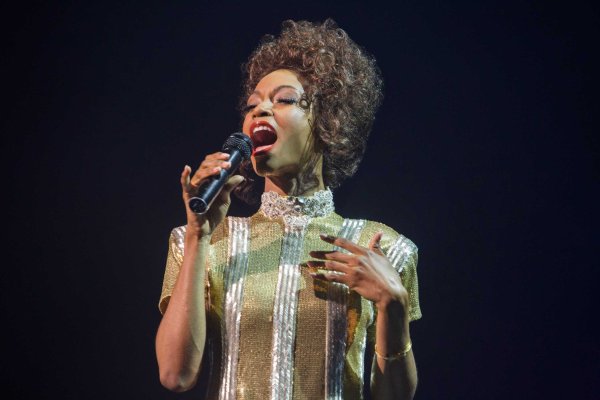 Whitney Recap: Love, Drugs, and Bobby Brown's Side of the Story
Next Up: Editor's Pick