Pope Francis Opposes Contraceptives During Address of Millions in Philippines

Pope Francis waves from the popemobile after leading a Mass at Rizal Park in Manila on Jan. 18, 2015.
Erik De Castro—Reuters
By Jack Linshi

Pope Francis discussed population control and childcare Sunday before a crowd of millions in the Philippines capital of Manila, his final stop on a weeklong tour of Asia.

In longstanding tradition with the Catholic church, Pope Francis continued to urge families to oppose artificial contraception, the Wall Street Journal reported. The topic is particularly controversial in the Philippines, which is home to 80 million Catholics and recently expanded access to contraceptives in order to combat its high birthrate.

“The family all too often needs to be protected against insidious attacks and programs contrary to all that we hold true and sacred,” Pope Francis told the crowd. “We need to see each child as a gift to be welcomed, cherished and protected.”

City officials estimated about six million people attended the event, which would be a record-setting crowd, BBC reported. About five million people welcomed Pope John Paul II to Manila in 1995.

“Many terrible things happened to (street children) like drugs and prostitution,” said a former street child named Jun Chura. “Why is God allowing such things to happen? And why are there only very few people helping us?”

In response, the Pope departed from his prepared remarks and spoke in his native Spanish for 40 minutes, asking, “Why do children suffer so much?” 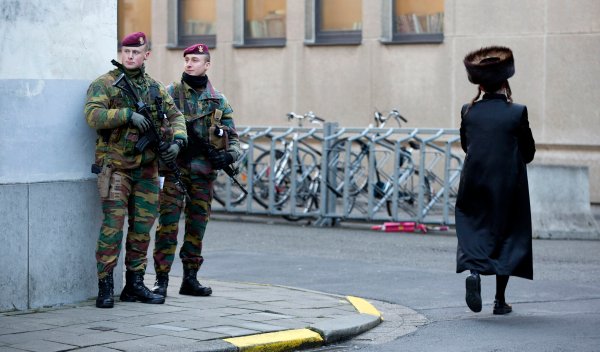 Terror Suspects Held in Greece
Next Up: Editor's Pick