Skip the Excuses: This Is What Your Boss Wants to Hear

We’re all doing more with less today at work. Between taking on tasks that fall in your lap after positions are eliminated to being on-call in the evenings and on weekends, American workers are stretched thin.

So when the boss dumps a beast of a project, or one with an impossible timeline, or both, into your lap, you might feel justified in saying, “Nope, I can’t do that.”

That’s the wrong answer, though. If you want to get ahead, the old adage still holds true: “No” shouldn’t be a part of your vocabulary.

But the good news is you don’t necessarily have to be a pushover and burn yourself out trying to make the higher-ups happy. There are better, more constructive replies. We asked company CEOs, presidents, owners and founders to tell us what they would rather hear — or what they have heard — out of an employee’s mouth when they hand them a difficult assignment.

Establish priorities. “Good answers are, ‘I am currently working on [another project], which you gave me yesterday,'” says Brad Caracciola, president and CEO of GroundForce Logistics. “Which is most important to finish first?” He suggests following up by asking if there’s a colleague who can work with you to get everything done on time.

Acknowledge the challenge. “I want them to be honest with me that this is a difficult task,” says Evan Bloom, owner of Sir Speedy Printing and Marketing Services. “Starting there allow us to make sure we are on the same page about what needs to be accomplished,” he says.

Ask for help. An employee should say something “if it’s something they feel it’s not really their tasks or they don’t know yet how to do,” says Silke Fleischer, CEO of app developer ATIV Software. You could ask, “Maybe [another department or person] would be better to do that?” she suggests. Or ask the boss if they or a colleague could show the ropes so you’ll be able to tackle that kind of task on your own the next time around.

Explain what’s so tough. “I don’t mind an initial ‘no’ if their additional information is goal-oriented,” says Cliff Mark, president of Mid-Atlantic SEO. “As long as a team member expresses legitimate concerns, initial objections can actually be positive for the project to move forward,” he says. The key, though, is to make sure that the issues you raise are technical or procedural rather than personal.

Buy some time. “Give me a day or so to figure out how to do it just right, and if I need your help I’ll let you know,” says Jahn Levin, CEO of nutritional supplement company Purity Products.

Just dive in. “Saying ‘let me try’ to your boss is one of the most pivotal sentences you can utter in your career,” says Brian Wong, CEO of Kiip, a mobile advertising company. “It opens the door for new opportunities and can be the deciding factor in a raise or promotion down the road.” 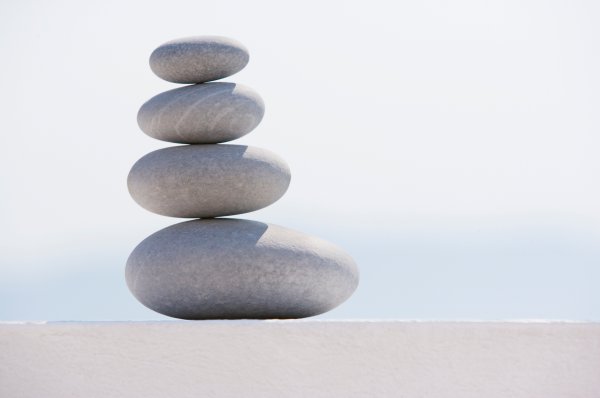 9 Ways Daily Mindfulness Will Help You Succeed
Next Up: Editor's Pick