President Obama Hosted a Private Screening With the Cast of Selma

From the set of Selma.
James Nachtwey—Paramount Pictures
By Sam Frizell

The White House hosted stars from Selma on Friday night for a private viewing of the Martin Luther King Jr. biopic.

Oprah and hip-hop artist Common joined the president and Michelle Obama just a day before the First Lady’s 51st birthday, among other cast and crew, People reports.

Common was pretty excited about it.

The event came just a day after the critically praised Selma received only two Oscar nominations, sparking a backlash and the hashtag #OscarsSoWhite. David Oyelowo was expected to win an acting nod for his lauded portrayal of Martin Luther King Jr., and pundits had predicted that director Ava DuVernay would be the first black woman to receive a Best Director Oscar nomination.

The film was nominated by the Academy for Best Picture and Best Original Song. 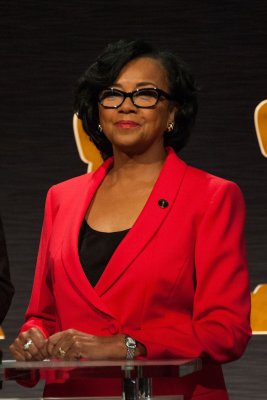