President Obama will propose a scaled-back vision for tax reform and a new fee on the nation’s largest financial institutions in his State of the Union address Tuesday night, the White House said, in an effort to close loopholes for the wealthy to pay for credits for the middle class.

Obama will call for the closing of the so-called trust-fund loophole, which allows wealthy Americans to skirt some taxes when they pass on their earnings to heirs, as well as raising the capital gains tax rate to 28% for high-income households. The President plans to use the additional revenue to provide a new $500 tax credit for dual-earner families, expand child-care tax credits and the earned income tax credit, and pay for his previously announced initiative to provide two years of free community college for students.

“Because of the trust-fund loophole, hundreds of billions of capital gains go untaxed every year,” a senior Administration official told reporters in a preview of Obama’s announcements.

The official said the tax loophole closures, as well as a new “fee” on the liabilities of the nation’s largest financial institutions would raise nearly $320 billion over the next decade. “That is more than enough resources to cover the cost of the new tax proposals that we’re outlining today, as well as the cost of middle-class proposals like the free community-college proposal,” the official said, saying Obama’s initiatives would cost about $235 billion.

Hopes for a broader comprehensive tax-reform package were never realized in the last Congress. House Ways and Means Chairman Paul Ryan suggested last month that he would pursue corporate-only reform in lieu of a larger deal. The Obama plan is focused on individuals.

The 0.07% fee on liabilities would be imposed on U.S. institutions with over $50 billion in liabilities — about 100 firms, according to the White House — in a post-economic crisis attempt to disincentivize increased leverage that could lead to another crisis. The official said it would raise about $110 billion over the next decade.

Obama has taken the unusual step of previewing his announcements in the run-up to his address, which an official said the White House hopes will make the frequently long speech “more meaningful” to viewers.

The official said Obama would use the opportunity to “tell America here’s how far you have come, here’s what has worked in doing that. And then he will be able to lay out a vision for what are the steps that we need to take, we as a country, what are the choices that we need to make, that are going to make sure that this prosperity is shared by the middle class as we look to expand the middle class.”

While parts of Obama’s package align with some bipartisan proposals, his plan is likely to face opposition from many in the new GOP-controlled Congress. The officials said the White House has yet to hold discussions with lawmakers on how to implement his ideas. The detailed financial breakdowns of the proposal, officials said, will come in Obama’s budget set to be released on Feb. 2. 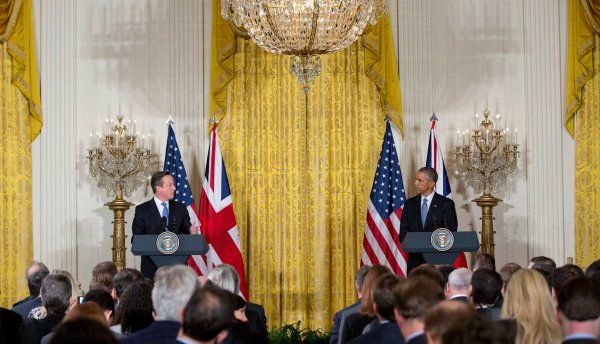