Protestors and family of 43 missing students from Guerrero State in Mexico march to protest the government and demand answers of the missing students on Nov. 5, 2014 in Mexico, City.
Brett Gundlock—;Getty Images
By Sam Frizell

Mexican authorities have detained the leader of the criminal group that prosecutors say killed 43 college students and burned their bodies.

Felipe Rodríguez Salgado is believed to be a gang hitman who ordered the killers to remove all traces of the crime, the New York Times reported.

The case has roiled Mexico in the past months, exposing the depth of police corruption and criminal infiltration in the country’s politics. Police say 43 students were arrested by municipal police in the southern city of Iguala, in the state of Guerrero in September. According to Mexican authorities, the city’s mayor, José Luis Abarca, handed them over to an organized crime gang called Guerreros Unidos, who killed the students.

The students were in college and training to be teachers. Their families have questioned whether the students are dead, as only one has been identified in a special laboratory in Austria. A new search for the students began near Iguala on Friday.

Mayor Abarca and his wife, who are believed to be closely linked to the Guerreros Unidos, fled to Mexico City, where they were arrested. Abarca was charged with kidnapping on Tuesday, in connection with the students’ disappearance.

The case has challenged President Enrique Peña Nieto, who has sought to turn attention to the country’s economy.

Read More: How the Disappearance of 43 Students Has Tested Mexico’s President 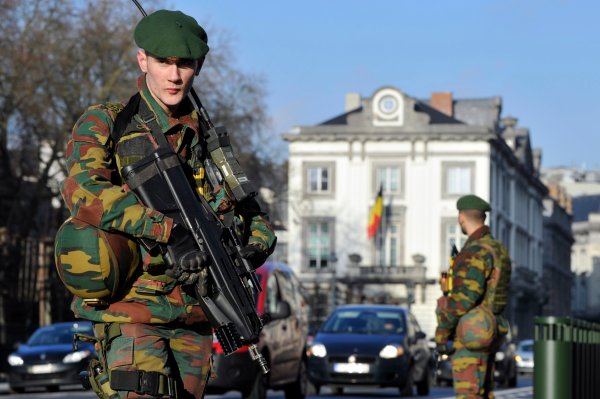 Belgium Puts Up Its Guard
Next Up: Editor's Pick