Belgian soldiers guard outside the U.S. Embassy in Brussels near the Belgian Parliament on Jan. 17, 2015.
Eric Vidal—Reuters
By Sam Frizell

Belgium’s defense ministry said Saturday said that the country is deploying hundreds of troops to guard possible terrorism targets, including Jewish sites and diplomatic missions after deadly raids on an Islamist cell.

As many as 300 military will be stationed at locations like the U.S. and Israeli embassies in Brussels and NATO and European Union institutions, Reuters reports. They will be supporting regular police.

“It’s very important to say that this wasn’t a simple decision, but it was necessary, at a time when police are overly engaged, for the army to enter in a supporting role,” Defense Minister Steven Vandeput told reporters.

The government raised the threat level to 3 on a scale of 4 this week, after a raid Thursday in the east Belgian town of Verviers, in which police fatally shot two gunmen, who authorities said were preparing an attack on police.

Troops with machine guns stood guard outside Jewish schools in Antwerp, where there is a large Jewish population. In Brussels, soldiers stood outside EU institutions.

The Brussels Jewish Museum was the site of an Islamist attack last May that killed four people. 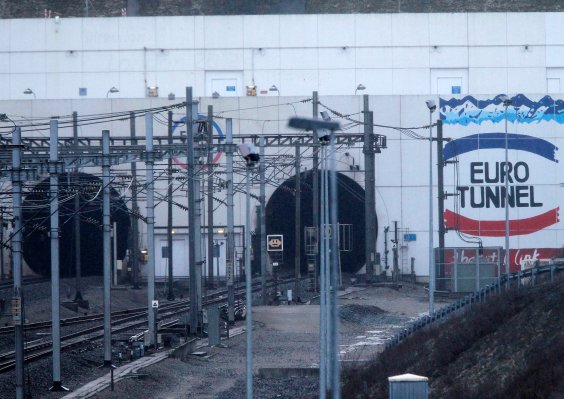 Fire Shuts Down 'Chunnel'
Next Up: Editor's Pick