Toronto native Tom Ryaboi—better known by his Instagram handle @roof_topper—has “been on more roofs than Santa Claus,” shooting gorgeous, vertigo-inducing skyline images. He and other rooftoppers worldwide have gained notoriety and sizable followings for Instagramming from buildings, bridges, and other urban sites that are sometimes off limits.

They’re part of a bigger trend of Instagrammers who seek out extreme vantage points, whether sharing a selfie taken on the head of Rio de Janeiro’s Christ the Redeemer statue or shooting from the ocean itself as lava enters the water and a wave crests. The artists hail from all ends of the creative spectrum: hipsters who dare to sneak into subway tunnels or abandoned theaters as well as established pros who got their start at magazines. (It’s even been reported that a few pilots have Instagrammed from the cockpit.)

“Instagram is the new portfolio,” says National Geographic photographer Chad Copeland, who captures action shots of climbers, skiers, surfers, and divers, as well as hard-to-reach natural landscapes. “When people find you now, it’s through Instagram, and they want to see what you’re doing every day.”

Former BMX pro Mike Escamilla was already jumping out of airplanes and breaking world records when he decided to start taking pictures of his feats and posting them on Instagram. And as a storm chaser for KFOR-TV in Oklahoma City, Reed Timmer gets paid to track foul weather, using his Instagram feed as a way to showcase daring photography as much as a public alert system.

While some of these photographers still prefer to use high-quality DSLR cameras, it’s the new generation of smartphones and GoPro action cams that has really empowered Instagrammers. GoPro makes it easy to record yourself from any angle in mid-stunt, and the camera functions on smartphones—along with the speed of the networks for uploading images to social media networks—just keep getting better. Ashley McKinney, for one, shoots exclusively with an iPhone 6.

Equipment and editing tools are only part of the equation. Some of the most attention-grabbing Instagrams require significant reconnaissance and creative thinking. Ryaboi’s current favorite image features a man slacklining between two buildings, with the CN Tower visible in the distance. “This was something we planned and worked on for several months,” he admits.

There are hundreds of such Instagrammers pushing the boundaries of the medium every day. We don’t suggest joining them, but do find it fascinating to explore their images. Start here.

The Instagram scene is booming in Hong Kong, where photographer Daniel Lau is based. He shoots with a Canon EOS 700D from tops of bridges, construction sites, even hotels. And his feed features one death-defying vantage point after another, whether his own selfies or the handiwork of his rooftop-photography pals @lawrencedehk, @beerkus, and @sidorovv. “This photo was taken with a Canon EOS 7D by my friend Dex,” he recalls. “We were on that roof under a typhoon signal, hoping to chase the storm. The suspending ledge was even vibrating.” Doesn’t he ever get scared? “No, but I don’t consider what I’m doing to be daredevil stuff,” he says, “because I don’t feel fear doing it.”

Countless tourists have snapped photos of Rio de Janeiro’s Christ the Redeemer statue, but native Thiago ML Correa ups the ante. His feed is full of similarly dramatic, sunlit shots from across Brazil, Australia, and South Africa. He’s captured mountaintop yoga poses with his girlfriend, cliff diving near Rio, and hanging from a rock on Pedra da Gávea, the right equipment at the ready. “I use the GoPro Hero4 Black when I’m in the water or climbing, the Canon 60D when I’m doing a planned daredevil shot, and the iPhone 5S when I just want to take a spontaneous photo,” Correa explains. Always the adventurer, Correa grew up cliff diving at a secret spot in Rio’s Urca district. He won’t name it, but says he plans to shoot an image there soon.

To get great images of adventurers, you have to be one yourself. National Geographic photographer Chad Copeland learned survival tactics and other important skills during 10 years in the U.S. Air Force. “I have to do what the athletes are doing,” he says. “Sometimes I have to do it better, and then get out in front of them before they do it.” Copeland’s Instagram feed covers “all three realms,” as he puts it—air, land, and sea—everything from BASE jumpers to Icelandic ice caves to surfers. This featured image, shot in Utah’s Zion National Park with a Nikon D4 DSLR with a 24mm, 1.8 lens, shows a climber tackling a formation known as the Zicicle, which freezes only every decade or so. Timing wasn’t the only challenge. “Normally I’d fly my unmanned aircraft, but since drones are illegal in national parks, I had to resort to climbing myself,” he says.

David Gamboa was one of the first to embrace the hashtag #Jumpstagram. For his first attempt, he climbed up to one edge of Walt Disney Concert Hall in downtown L.A. He shoots primarily on Android devices, rather than popular-with-the-creative-set iPhones. Lately, he uses a Nexus 5 and the first-generation Samsung Galaxy Camera, then edits in the device with VSCO Cam or in Instagram, where he prefers the Rise, Sierra, and Amaro filters. Why not use a DSLR and Adobe Lightroom as so many of his fellow Instagram photographers do? “I like the challenge,” he says. “The creativity it requires for people to shoot from a phone, especially an Android phone, and to push the boundaries of these devices.” This Instagram was taken on a mountain hike path where Gamboa lives in southern California—he’s a marketing major at Cal State Fullerton—and used the tripod-mounted unit’s 10-second timer. Gamboa increased his height by jumping off the edge of a bench.

Humza Deas gained some notoriety in 2014 as a subject in a story on “outlaw” Instagrammers in New York magazine, and he remains one of the more prolific among the urban exploration crowd, shooting from the top of the Williamsburg Bridge at sunrise (see below) and on train tracks in the Bronx. (He was using a Canon Rebel XTi until he recently acquired a Canon 6D DSLR with an L series lens.) But Deas snaps more than selfies and scenery. “I love to incorporate others into my pictures; I’ll ask friends to sit on the edge of a building,” he says. “I carry around a remote timer, too.” 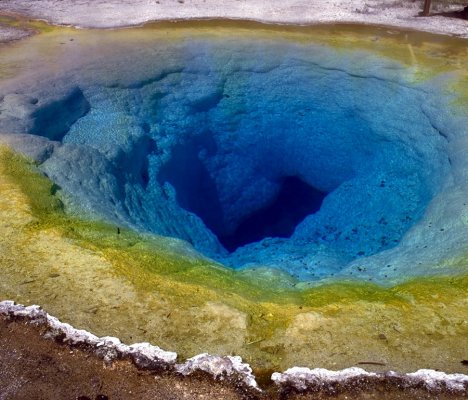