This Is the Scary Amount of Pizza Kids Are Really Eating

Pizza is a ubiquitous part of the American diet, but a new study finds that it’s an even bigger contributor than we thought—so big, researchers say, that physicians should address pizza intake during doctors’ visits.

To figure out how much pizza kids and adolescents are eating, researchers looked at the diets of children ages 2 to 11 and teens aged 12 to 19 from 2003-2010. They found that pizza makes up about 20% of kids’ daily calories on days when they eat pizza—and despite the insistence of some politicians that pizza should be considered a vegetable for its ample tomato sauce, those calories aren’t coming from an onslaught of veggies.

Overall pizza consumption didn’t drop significantly throughout the study, and in 2009–2010, pizza was ranked as the second highest contributor to children’s solid fat intake from schools and fast-food restaurants. (Grain desserts, like cookies, donuts and pie, took the cake for the number-one solid fatty food category.)

Researchers found that many kids were getting their pizza in school cafeterias, though it may be a bit healthier than it used to be: the USDA’s nationwide nutrition standards for school lunch have improved the nutritional content of all lunch offerings, including pizza. But the researchers also note that a recent evaluation of the nutrients in pizza from two undisclosed top national chains showed a high increase in sodium for thin crust cheese pizzas between 2003 and 2010, so the nutritional standards may not always trickle down.

Compounding the problem, many fast food restaurants that sell regular, full-calorie pizza are often clustered near schools in low-income neighborhoods, the researchers say, so a child who gets hooked on pizza during school could get the heavier version on their own time.

Because of pizza’s popularity in lunchrooms across the country, more should be done to inform kids that it comes with a lot of empty nutrition, researchers say. Pizza should be targeted as a food that can contribute to obesity, and marketing targeted to kids should be more controlled, they write. 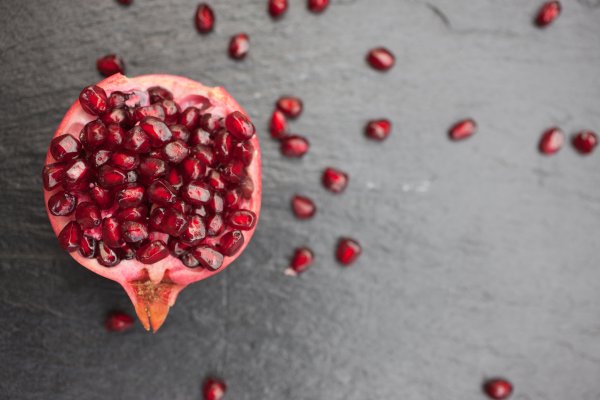 How You Can Eat More of These 5 Winter Fruits and Veggies
Next Up: Editor's Pick