You Asked: How Does 3-D Printing Work?

A bust of Star Wars film character Yoda is seen printed on a portable 3D printer during the Pravega 2014 science and technology festival at the Indian Institute of Science (IISc) in Bangalore on January 31, 2014.
AFP—AFP/Getty Images
By John Patrick Pullen

It’s not every day that 3-D printing will make people’s mouths water. But that was the case at the 2015 International CES, when XYZPrinting unveiled a device that can output icing and dough-based goodies like cookies.

This sweet development is the latest in a long, gradual history of innovation for 3-D printing, which goes back to 1983, when engineer-turned-entrepreneur Chuck Hull invented it in his spare time. Back then, Hull’s day job was curing rugged coatings onto tables using UV lights. But he postulated that focussing that light like a laser would allow the liquid resin with which he was working to form shapes. That was the basis for stereolithography (SLA), the advent of 3-D printing, and eventually the basis for his company, 3D Systems.

SLA is the earliest form of 3-D printing, and it’s very high quality. Originally used for what product developers call rapid prototyping, SLA was designed to give designers the ability to touch, feel, and compare the goods they were making. A slow-moving technology, it can take hours or days to print using SLA machines, which shines a laser into a pool of liquid, building the form layer-by-layer as a base support gradually moves the shape that’s being made. Despite this painstaking process, SLA’s quality is so good that you might never know your object was 3-D printed. SLA is used primarily only in commercial printing.

Another kind of 3-D printing is Selective Laser Sintering (SLS). “Selective Laser Sintering is a powder and laser type technology, but boy doesn’t that sound similar to toner and laser technology that’s used in a photocopy?” says John Hauer, founder of 3DLT, a company that prints 3-D products for retailers. And in essence SLS is very similar to a laser printer, only instead of scoring the toner onto a piece of paper, this three-dimensional technology shines its laser onto a bed of powder, turning it into hardened material. Also primarily a commercial technology, SLS can be used in many ways, allowing people to produce products in everything from nylon-based plastics to metals, including stainless steel, silver, gold, and titanium.

The third major kind of 3-D printing, Fuse Deposition Modeling (FDM), is the one that’s making the most waves with consumers right now. “That is what people envision as kind of like weed whacker string, where a plastic is inserted into a hot end and then melted, layer by layer, to achieve the product,” says Hauer. And to continue the paper printing analogy, FDM is also very similar to inkjet printing, where ink is extruded through a print head onto a page.

While this technology is getting better all the time, it still, literally, has some rough edges. But Hauer says some people like that. “You can feel the ridges—you can scrape your thumb along it and it’ll actually make a sound,” he says. “Because people are so interested in 3-D printing, the ability to touch and feel a 3-D printed product and tactilely know it’s different than a mass produced product has actually been advantageous. It’s helped them better understand the technology.”

And of course, food is something that everyone understands, which is why the edible printing technology made such big headlines at CES. Our future holds chocolate flowers, elaborate cake toppers, crazy confectionaries and other exciting edibles, says Hauer. “It has the opportunity to be a big thing,” he says. “We’ve even seen 3-D printed cheese, 3-D printed peanut butter and some of those things.”

But the real question is, will 3-D printed doughnuts taste as good as the real thing? 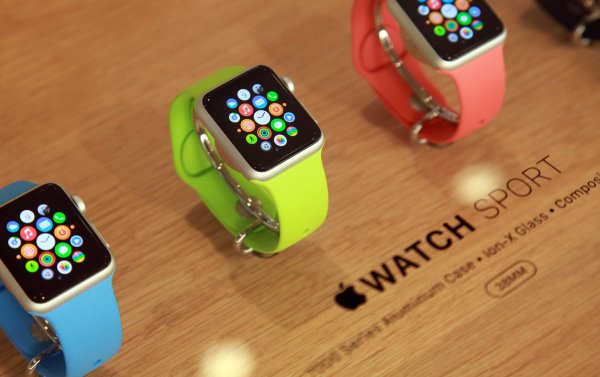 We Just Learned a Little More About the Apple Watch
Next Up: Editor's Pick