Pakistani protesters shout slogans against the printing of satirical sketches of the Prophet Muhammad by French magazine Charlie Hebdo during a demonstration in Lahore, Pakistan on Jan. 16, 2015.
Arif Ali—AFP/Getty Images
By Naina Bajekal

At least two people have been injured in clashes between protestors and police in Karachi, Pakistan’s largest city, AFP reports.

Police fired bullets and water cannons into the air during protests led by the student wing of the Jamaat-e-Islami religious party. These activists are holding countrywide rallies against the cartoons of the Prophet Mohammed published by French satirical magazine, Charlie Hebdo, whose Paris offices were attacked on Jan.7 leaving 12 people dead.

AFP also reported that one of their photographers was wounded after being shot by armed protestors while covering the rally outside the French Consulate in Karachi. Following surgery, he is reportedly out of immediate danger.

The Karachi protests come one day after Pakistan’s parliament unanimously adopted a resolution against the Charlie Hebdo caricatures, saying they are a deliberate attempt to incite violence and to “widen misunderstandings among civilisations.”

Prime Minister Nawaz Sharif also condemned the cartoons as blasphemous, saying that “freedom of speech should not be used to hurt the religious sentiments of any community.”

Meanwhile the Jamat-ul-Ahrar faction of the Pakistani Taliban praised the Kouachi brothers who carried out the Paris attacks, commending them for freeing “the earth from the existence of filthy blashphemers.” 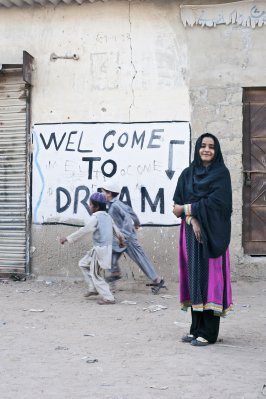 Quick Study
Next Up: Editor's Pick