Organized by the Hong Kong Trade Development Council (HKTDC), the four-day Toy and Game Fair boasted around 2,000 exhibitors hailing from over 40 countries, and is the second largest industry event in the world.

One big trend for 2015 saw traditional toys getting a high-tech makeover.

“The global trend nowadays is talking about technology and innovation,” Sophia Chong, assistant executive director for HKTDC, tells TIME. “So all buyers wanting something new are looking for technology that can be implanted or integrated with traditional play things.”

Educational toys that feature interactive learning were a big hit at the show. Learning Alphabet With Alpaca, from APPS1010, teaches kids how to spell by using augmented reality, imposing a computer-generated image on the user’s view of the real world. The app can even link up to social media so parents can become involved in their children’s play.

But the “toy” that dazzled most was the Inspire advanced drone system from DJI. It comes equipped with a professional 4K super high-resolution camera, state-of-the-art landscape positioning system and has dual controls so the pilot can focus on navigating while the camera operator simply shoots the film.

“The concept of 4K is something that’s four times better than HD, so it’s able to be shown on the big screen at the cinema,” says Lou Tze-ming, managing director for Windrider RSB Aviation, suppliers for DJI. “It’s the highest level in the industry.”

The Toy and Game Fair was run concurrently with the 2015 Baby Products Fair, the International Licensing Show and International Stationary Fair, and aims to connect businesses and buyers from all around the globe.

“The overriding element is internationality,” says Chong. “It is very important for [exporters] to get into the market place and to show to the buyers their newest products.” 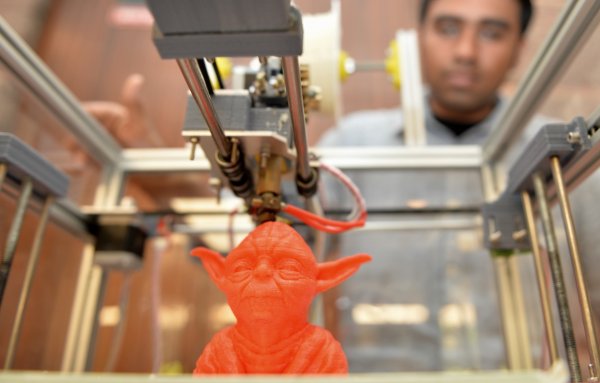 You Asked: How Does 3-D Printing Work?
Next Up: Editor's Pick