The recent terrorist attacks in Paris have brought new attention to the small number of European Muslims who turn to violent extremism. Fears center around the number of Europeans who have fought in Iraq and Syria and could return to the continent. Amid tensions over terrorism and intolerance in France, the Muslim population there is projected to grow steadily in the coming years in comparison to non-Muslim populations and in many other European counties. Demographic changes, including lower birthrates for non-Muslim Europeans, are contributing to the changing face of Europe’s religious and ethnic make-up. The above map shows historical data and projections for the growth of Muslim populations in Europe in 2030.

Methodology
Population estimates from Pew Research Religion and Public Life Project. According to the methodology in the organization’s report, the 1990 figure for France and several other countries maybe be artificially low. Estimates for the number of fighters in Iraq and Syria come from the International Centre for the Study of Radicalisation in London. 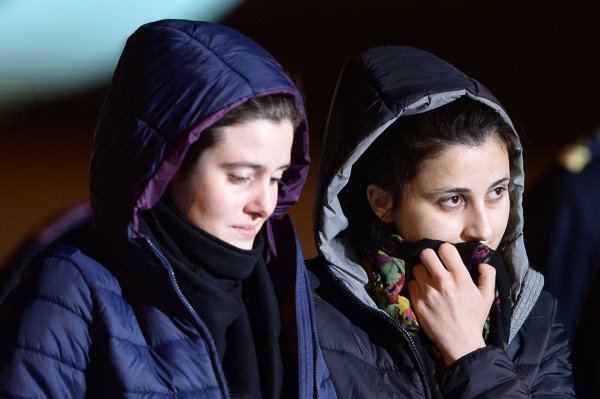 Freed Aid Workers Return to Italy Amid Anger at Suspected Ransom Paid to Militants
Next Up: Editor's Pick