The deaths of two terrorist suspects in a gun battle between Belgian police and members of a suspected jihadist cell on Thursday confirms mounting fears that the small European nation is facing a disproportionally high risk of attacks from Islamist extremists returning from Syria.

Police and special forces who conducted the early evening raid in Verviers, a town near the German border, were acting on information that a terrorist cell comprised of people who recently returned from the Syrian battlefield were plotting an imminent strike, said Eric Van der Sypt, a spokesman for the federal prosecutor, at a news conference.

The assault on the property, one of around a dozen raids across Belgium on Thursday night that targeted suspected jihadists, comes the week after 17 people were killed in attacks at the office of satirical newspaper Charlie Hebdo and a kosher supermarket in Paris. But Van der Sypt noted their investigation began prior to those attacks.

“During the investigation we found this group was about to commit terrorist attacks in Belgium,” Van der Sypt said, before describing how the suspects in Verviers immediately opened fire with automatic weapons for “several minutes” before two were shot dead and a third was arrested.

In light of the intelligence about potential attacks and the raid, authorities said the national terrorism threat alert would be raised to its second-highest level.

Belgium authorities have been aware of the extremist threat since reports emerged in 2012 of citizens heading to Syria to fight alongside Islamist militias. Last May, the nation become the first European country to experience an attack by a returning combatant when a Frenchman — Mehdi Nemmouche — opened fire in a Jewish museum in Brussels, killing four people.

Authorities have been struggling to tackle the phenomenon, with some municipalities stripping returning fighters of their residence rights, while other politicians and activists have urged a greater focus on rehabilitation and integration. Police, meanwhile, have been closely monitoring suspected extremist groups.

In April 2013, they raided 48 homes across Belgium in an operation to arrest people believed to be active in recruiting young people to fight in Syria. A few months later, a Belgian teenager posted a video on YouTube threatening a bomb attack on the Atomium, a structure built for the 1958 World’s Fair and one of Belgium’s biggest tourists attractions.

Belgian authorities estimate that around 300 of its citizens have been or are currently fighting in Syria, making up a large chunk of the 3,000 to 5,000 European fighters that Europol chief Rob Wainwright earlier this week estimated were in the country and at risk of radicalization.

“Clearly, we’re dealing with a large body of mainly young men who have the potential to come back and have the potential or the intent and capability to carry out attacks we have seen in Paris in the last week,” he told MPs in Britain.

With Belgium’s population of around 11 million, that gives the country one of Europe’s highest per capita rates of fighters in Syria, meaning a concentration of cells when they return home. Belgium’s border with France — which has also reported a large number of fighters in Syria — makes it vulnerable to extremists crossing over undetected, as was the case with Nemmouche, who is currently detained in Brussels and awaiting trial.

One of the shooters in the Paris attacks is believed to have bought his weapon in Brussels; prosecutors earlier Thursday confirmed they had detained a man on suspicion of selling weapons and were investigating whether there were any links to Amedy Coulibaly, the man accused in the killing of a French police officer and in the kosher-supermarket attack.

Belgium prides itself on being a multicultural society, but unemployment is high among the Muslim community and there have been reports of discrimination against Muslim women who choose to wear traditional clothing. A ban on the full-face veil came into force in 2011. Some far-right parties openly mock Islam, fueling alienation. Many of the Belgians believed to be fighting in Syria are, however, converts to the religion rather than from migrant communities.

Read next: The European Front 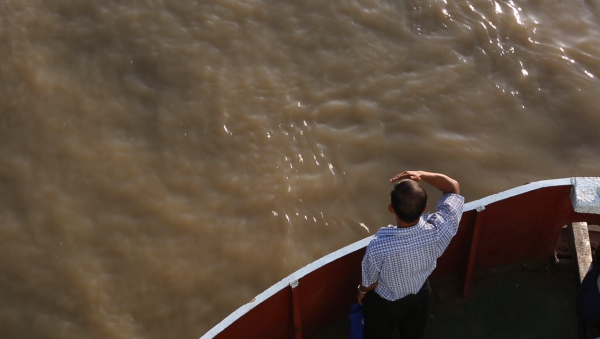 Inside the Last Days of the Yangon River Ferry
Next Up: Editor's Pick