Photographers Turn to the iPad for Independence

Since its initial launch in 2010, the iPad has been hailed as the future, if not the savior, of mainstream magazines faced with declining sales. While certain publishers have used innovative approaches, embracing new technologies and incorporating video, photography and data-visualization, to bring the printed page to life, many of these tablet-focused iterations have preserved the limitations of a linear reading experience held over from the days of ink on paper.

A group of photojournalists is aiming to change that with the launch of Me-Mo (MEmory in MOtion), an independently published digital platform. Me-Mo is an attempt to move app-based long-form storytelling to a brave new world—and at the same time allowing its founding members to take more control in the presentation and dissemination of their work, in more innovative ways—while still respecting the classic ethics of documentary photography.

The crowd-funded venture—a collaboration between the MEMO collective of award-winning documentary photographers and Libre, a group of technically astute web developers and designers—teases the publication’s ambitions through a mind boggling, zoom-through 3D photo animation.

Libyan rebels during mopping up operation in a destroyed house in the outskirts of Sirte on October 20, 2011. The battle for Gaddafi's hometown was the last of the conflict. The rebels first captured Ougadougu and then entered Sirte. After nearly a month of fighting they conquered the city and, with the help of NATO bombing, capturing and killed Muammar Gaddafi.
Fabio Bucciarelli—MEMO

Although photography is central to the app experience, the images are contextualized and can be explored through a multitude of other media—maps, texts, info graphics—and in more immersive ways including through responsive 360-degree panoramic photo environments.

The inaugural edition revisits the photographers’ archives to present mostly unpublished material—including Tales from a Libyan Jail by Brabo, who had been kidnapped and imprisoned for 44 days by the regime and returned, as the rebels gained the ascendancy, to investigate the plight of suspected Gaddafi loyalist incarcerated as the dictatorship collapsed.

A Somali woman is seen sleeping on a mattress, on the floor, at a detention center for migrants near Maytigha Airport in Tripoli, Libya, Nov. 2013
Manu Brabo—MEMO

Future issues (including the second, which is titled Disintegration) will focus on specifically commissioned original material, not only from the founding group but also from an extended roster of freelance contributing photographers and journalists. Plans to also include photographers own writings on their experiences in the field will add to “the emotional and immersive” experience of the platform, says Bucciarelli.

MEMO’s success will be contingent on not only finding an audience who have a passion for a hybrid of photojournalism, innovative technology and long-form story telling, but the appetite of the mainstream to adopt the collective’s vision. Things look good at the outset: the Italian newspaper La Stampa is supporting the project by extending distribution of the launch issue to their subscriber base.

Bucciarelli tells TIME that the core founder group is open to different forms of collaboration—whether by involving their readers in the editorial process, giving them the opportunity to choose the stories they wish to see, or by providing the technology to other freelancers interested to develop their own ideas on the platform. The group is also considering outsourcing its expertise to established media partners for co-branded or stand-alone projects.

A portrait of Belen, 6, wearing a traditional Easter dress at her parent's house in Albaida del Aljarafe, Spain, Mar. 17, 2013. As the economic crisis in Spain rages, with hundreds of thousands living on the edge of poverty, many turn their views towards religious beliefs.
Jose Colon—MEMO

The app is available initially only on the iPad with an Android version coming soon.

However, it ultimately may be a companion website, slated for the next phase of the project, that will offer the most potential for the project’s survival, growth, real-time social connectivity and audience engagement that is at the heart of the MEMO founders’ philosophy.

Phil Bicker is a Senior Photo Editor at TIME 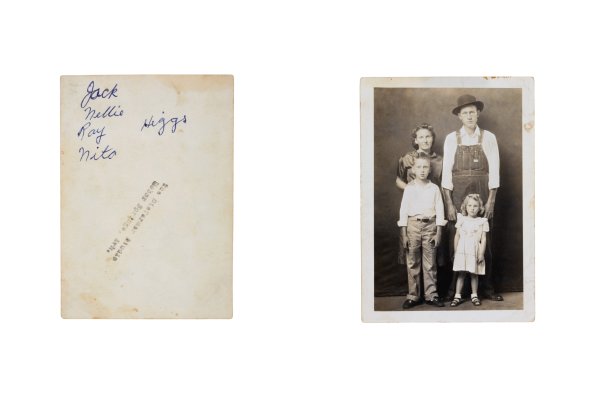 Mike Disfarmer: How One Photographer Became Famous After Death
Next Up: Editor's Pick