When TIME talked to Carrie Brownstein about the first Sleater-Kinney album in nearly a decade, she marveled at the band’s ability to keep the project under wraps: “We were talking to friends, and somehow our friends kept it a secret. It’s a miracle.” Now, for the title track’s new video, “No Cities to Love,” it looks like Sleater-Kinney put those friends to work.

Instead of a traditional clip, the band recruited a long list of Sleater-Kinney pals to film themselves singing — and sometimes dancing! — along to the track, including: Brie Larson (who also just spoke with TIME), Fred Armisen, Sarah Silverman, Connie Britton, Miranda July, Andy Samberg, Norman Reedus, Vanessa Bayer, Gerard Way, Natasha Lyonne, Ellen Page and others. If a cooler mass of celebrities has been assembled in the name of art since “We Are the World,” we haven’t seen it. 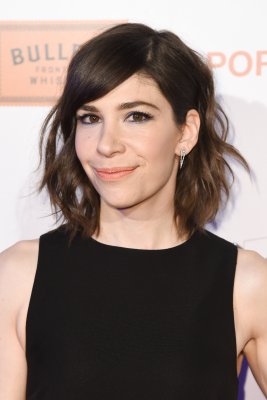