Pope Francis Speaks Out on Charlie Hebdo: 'One Cannot Make Fun of Faith'

For Pope Francis, there are limits to free speech.

The Holy Father spoke to journalists in a broad interview on the papal flight to the Philippines about the Charlie Hebdo massacre and the controversy about the magazine’s new cover this week. Religious freedom and freedom of expression, he said, are fundamental human rights. But they are also not a total liberties. “There is a limit,” he said, speaking in Italian. “Every religion has its dignity. I cannot mock a religion that respects human life and the human person.”

He broke it down in everyday terms, something that is coming to be known as classic Francis teaching style. “If [a close friend] says a swear word against my mother, he’s going to get a punch in the nose,” he explained. “One cannot provoke, one cannot insult other people’s faith, one cannot make fun of faith.”

His words come as he leaves Sri Lanka, on a trip that focused on interreligious harmony and inclusion. The Pope made an impromptu visit to a Buddhist temple, home of the Buddhist monk Banagala Upatissa, and he paused to listen and meditate as the monk offered a prayer. That move, along with his comments on the plane, again show his interest in interfaith engagement.

Twelve people were killed last week at the Charlie Hebdo headquarters in Paris. The satirical magazine was known for its controversial cartoons featuring the Prophet Muhammad.

TIME’s new cover, “After Paris: Lessons From the Attacks” is out today.

Read next: Charlie Hebdo Is Giving Us a Lesson in Humanity 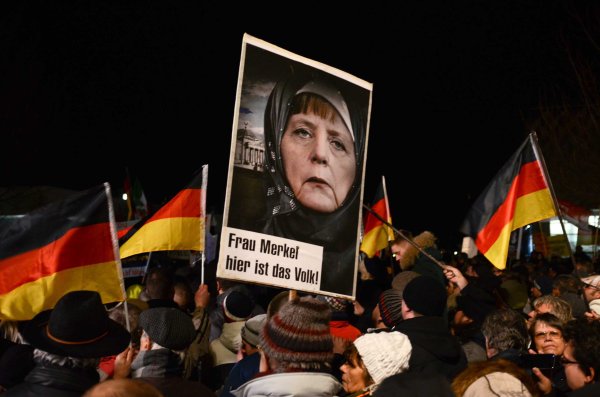