An 8-foot alligator was found in a box with two dead cats in the backyard of a home in the Van Nuys area of Los Angeles.
Los Angeles Animal Services Department/AP
By Justin Worland

An eight-foot-long alligator was found by animal control officials in the backyard of a Los Angeles home Monday after remaining in captivity in the same location for 37 years, according to media reports.

The alligator, named Jaxson, was found in a wooden crate alongside two cat carcasses and was taken to the Los Angeles Zoo by animal control officials, the Los Angeles Times reported.

“We tried to give him a good home,” said Ron Gorecki, who took care of the alligator after the death of the original owner last year.

The keepers of the pet are likely to face prosecution for housing wildlife without a permit, an animal services spokesman told the Times. 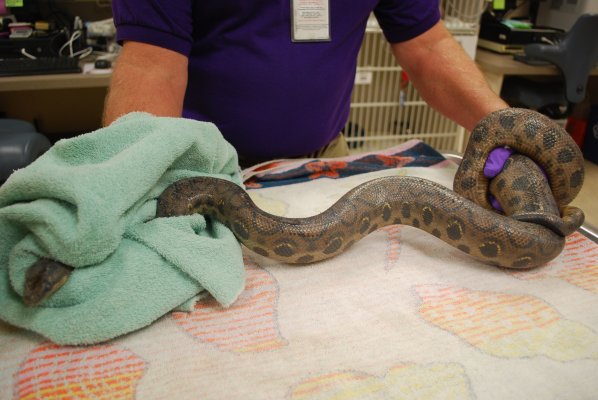 Snake Slithers Out of San Diego Toilet
Next Up: Editor's Pick