Here's What the Supreme Court Could Do on Gay Marriage

A couple exchange rings as they are wed during a wedding ceremony at the Broward County Courthouse on Jan. 6, 2015 in Fort Lauderdale, Fla
Joe Raedle—Getty Images
By Maya Rhodan

The Supreme Court has yet to review any same-sex marriage cases this term, but that will soon change. The nation’s highest court announced Friday that it will review an appeals court decision upholding bans on gay marriage in four states.

That puts the next phase of the fight over gay marriage squarely in the court’s crosshairs, but it doesn’t mean the issue will be settled once and for all. Here are the broad outlines of two possible outcomes.

Gay marriage is now legal in 36 states and the District of Columbia, but what happens in the remaining states will depend on how the court rules. Given the momentum surrounding the issue of it’s hard for many analysts to see the session ending without the justices affirming that gay couples have the right to marry. If they do, it would play right into the strategy of Freedom to Marry, the national campaign for marriage equality, which has been working to build pressure around the issue so the Court feels obligated to act.

“It is clear that America is ready for the freedom to marry,” Evan Wolfson, president of Freedom to Marry said in a statement to TIME. “Every day that marriage is denied is a day of injury, indignity and injustice…it is urgent that the Court affirm the freedom to marry and equality under the law nationwide without further delay and without leaving any family or state out.”

The Supreme Court’s review could mean gay marriage expands to all states by the summer. But if the court finds no constitutional right, it would mean that states do not have to honor same-sex marriages performed in other states.

The Court Punts on the Issue

As an example of how that might play out, consider the court’s decision in the 2013 case overturning a ballot initiative banning gay marriage in California. After agreeing to hear an appeal on the case, the court simply decided that the lower courts were wrong about whether the plaintiffs had standing to pursue a case. The decision did not take a stance on gay marriage itself.

Even though the court has decided to revisit the issue this term, the justices have a number of ways that they can rule on the case without deciding whether there is a right to gay marriage. That would leave the issue to be fought out at the state level and in lower federal courts, continuing the piecemeal fight. 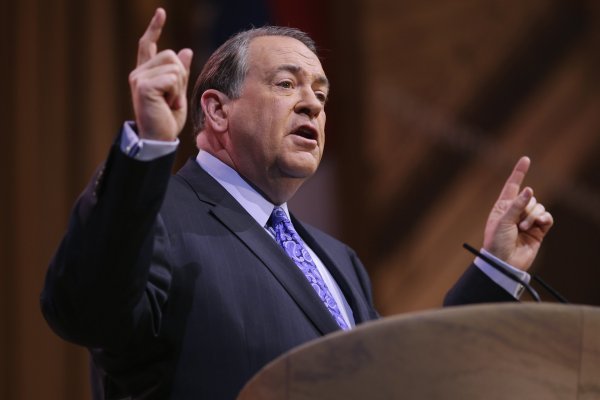 #AskTIME Subscriber Q and A: Michael Scherer
Next Up: Editor's Pick