BlackBerry Stock Surges on Report That Samsung Wants To Buy It

A Blackberry Bold smartphone and a Samsung Galaxy Note phablet are displayed in this illustration photo in Hong Kong on Jan. 3, 2013.
Bobby Yip—Reuters
By Jack Linshi

BlackBerry’s stock surged over 30% to $12.78 Wednesday afternoon after a report claimed Samsung recently approached it about an acquisition deal. The climb marked the beleaguered BlackBerry’s highest point since June 2013.

Executives from Samsung and BlackBerry met privately last week to discuss the transaction, according to a Reuters report citing an unnamed source. Documents seen by Reuters indicated Samsung proposed a price range of $13.35 to $15.49 per share, which would value BlackBerry at $6 to $7.5 billion.

BlackBerry denied the Reuters report late Wednesday afternoon. “BlackBerry has not engaged in discussions with Samsung with respect to any possible offer to purchase BlackBerry,” the company told Business Insider, sending its stock plummeting in after-hours trading. Samsung has not made a statement on the report.

Most Popular on TIME
1
Dr. Bonnie Castillo on How Nurses Fend for Themselves During COVID-19
2
McMaster: No Military Role in Election Transition
3
2 Injured After Driver Speeds Into California Protest 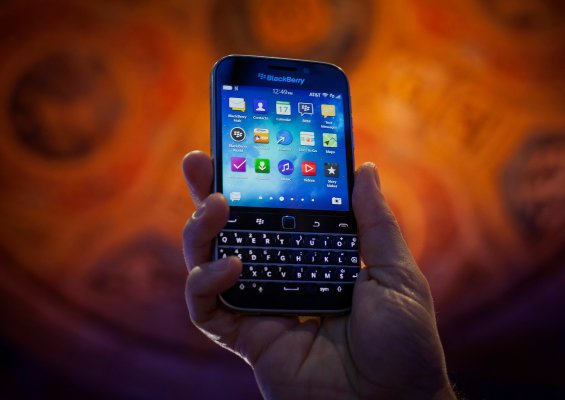