'Happy Talk' and the Dangers of Groupthink

Ideas
By Cass R. Sunstein and Reid Hastie
Cass R. Sunstein is a legal scholar and served as Administrator of the White House Office of Information and Regulatory Affairs in the Obama administration. He is currently the Robert Walmsley University Professor at Harvard Law School. Reid Hastie is an expert on the psychology of decision making, especially by groups. He is currently the Ralph and Dorothy Keller Distinguished Service Professor of Behavioral Science at the University of Chicago Booth School of Business.

Good managers are acutely aware of the benefits of information aggregation, and they know that role assignment can reduce the risk of “happy talk.” Happy talk occurs when group members say that all is going well and likely to go even better—that there is nothing to worry about. We think that happy talk is a pervasive source of group failures, and we will have a fair bit to say about why it is so harmful. In fact, happy talk is a principal target of this book.

In government, as elsewhere, role assignment may not be enough. We can divide the world of leaders into two kinds of people: the complacent and the anxious. Complacent leaders are relaxed, upbeat, and contented. They think that things are entirely under control. By contrast, anxious leaders are focused on possible disasters. They fear that things are about to go wrong and perhaps spiral out of control.

Complacent people are full of energy, excitement, enthusiasm, and optimism. They believe in their projects. Their enthusiasm is contagious. In the Obama administration, for example, most officials were not complacent, but some of them were; they thought that the Affordable Care Act could be implemented with only a few glitches, that Democrats and Republicans would work together, and that policies would work just as the administration hoped.

Complacent people tend to be immensely likable. They seem like perfect team players. They can tell a terrific story. Some of them are visionaries. They don’t rock any boats. They are buoyant and full of smiles. They have plenty of ideas, many of which are excellent. They tend to be happy, and they like happy talk. It’s tempting to hire and promote them. We won’t name any names, but every presidential administration, like many other workplaces, has plenty of complacent, easygoing people.

By contrast, the anxious people may be optimistic, nice, even enthusiastic and full of smiles, but they are also troubled by concern, skepticism, and doubt. They believe in their projects and want them to work, but anxious people see obstacles, downsides, and challenges everywhere. Working with the Obama administration’s complacent people, the anxious people would sometimes look doubtful, focused, negative, and occasionally severe. They would ask probing questions along the lines of, “What could go wrong? Did you think of this? Why haven’t you planned for that?”

We will name two names. Nancy-Ann DeParle, who served as deputy chief of staff for policy from 2010 to 2012, is an exemplary anxious person. DeParle has had a lot of government experience. She is keenly well aware that competent, smart, and enthusiastic people can make big mistakes, especially if these people are not looking around the corner and thinking about worst-case scenarios.

While she is immensely fair and one of the nicest people in the world, she is not always smiling. She has no problem looking people in the eye and doubting their plans, or telling them a firm no, in part because she is anything but complacent.

Here’s a little story. When Cass Sunstein was running the Office of Information and Regulatory Affairs, DeParle sent him a mildly anxious email late one night, asking, “How’s the regulation coming?” Sunstein had no idea which regulation she meant. He responded, “I don’t know which regulation you have in mind, but most of them are coming pretty well, so chances are that this one is coming well too.” DeParle replied briefly: “hug.”

Sunstein was a bit amazed, and also touched, because nice as DeParle is, she isn’t prone to sending hugs. Sunstein answered, “That’s the nicest email of the year.” DeParle promptly wrote back to explain that she had written “ghg,” for “greenhouse gas,” and her cell phone had autocorrected to “hug.” (Oh well.)

DeParle isn’t a hugger. She doesn’t like happy talk. She makes everyone around her, and everyone below or above her, much wiser, although sometimes also a bit uncomfortable. You can’t rerun history, but there’s an argument that if she had continued to serve in the Obama administration, the troubled rollout of HealthCare.gov in 2013 would have been executed better and the website would have worked. Whether or not that is so, anxiety concentrates the mind, and an anxious leader concentrates a lot of minds. Anxiety, like most emotions, is contagious—which is an important lesson for managers to keep in mind.

In President Obama’s first term, Jeff Zients served as deputy director for management and later as acting director of the Office of Management and Budget. He is upbeat, funny, and unfailingly genial, and his brow is seldom furrowed. Everyone loves Zients, but he’s fully capable of productive anxiety, especially when the stakes are high. In the private sector, he was known as a superstar manager. During the 2013 fiasco that was the early days of HealthCare.gov, President Obama made a really smart move in asking Zients to fix the problem—as Zients did.

Good managers have to be anxious, even as they must inspire loyalty and affection in their colleagues and subordinates, and Zients has an extraordinary ability to combine anxiety, likability, and competence. Some of his colleagues have referred to him as “the quarterback,” not only because he has a terrific throwing arm, but also because his leadership ability is manifested in insights and performance, not happy talk. Anxious people like DeParle and Zients are indispensable in business and government, because they cut through, and overcome, the risk of groupthink. They work a bit like devil’s advocates but they’re a lot better, because everyone knows that they mean business and aren’t playing any kind of game. They say what they think. Even better, they say what they fear. With their very different styles, they keep asking, “What can go wrong?”

When groups ultimately do well, it is often because they have anxious leaders and hence are better able to obtain and aggregate dispersed information—and to ensure that the groups know everything that their members know. Groups are also capable of learning, because anxiety is a great motivator. Groups need a little anxiety, maybe even a lot of it. They need a culture that enables them to find out what they need to know.

The good news is that if discussion is properly structured and if groups adopt the right norms and practices, they can create that culture. The bad news is that in the real world, discussion often leads people in the wrong directions. Many groups fail to correct the mistakes of their members. On the contrary, groups often amplify those mistakes. If group members are unrealistically optimistic, groups may be more unrealistic still. If people within a firm are paying too little attention to the long term, the firm will probably suffer from a horrible case of myopia. There is no evidence that the judgment mistakes uncovered by behavioral scientists are corrected as a result of group discussion.

Cass R. Sunstein is a legal scholar and served as Administrator of the White House Office of Information and Regulatory Affairs in the Obama administration. He is currently the Robert Walmsley University Professor at Harvard Law School. Reid Hastie is an expert on the psychology of decision making, especially by groups. He is currently the Ralph and Dorothy Keller Distinguished Service Professor of Behavioral Science at the University of Chicago Booth School of Business. 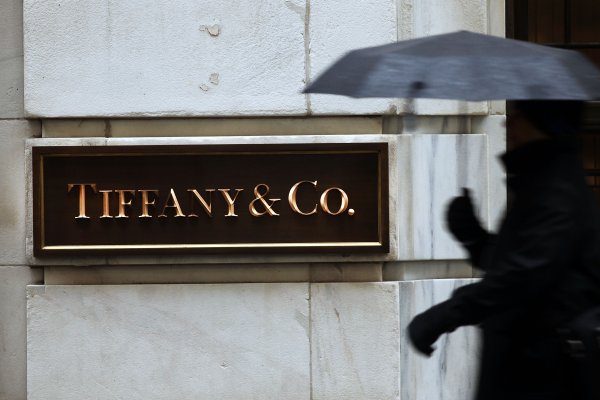 Why Tiffany & Co.'s New Same-Sex Couple Ad Is Important to Me
Next Up: Editor's Pick