Nintendo’s newest handheld gaming device will be available in the U.S. on February 13, 2015, the company announced Wednesday. The New Nintendo 3DS XL — “New” is formally part of the moniker — is faster, has a second joystick and fixes a longstanding problem with its 3D screen.

Nintendo announced the console’s release date at its first Nintendo Direct of 2015, a 46-minute barrage of information ranging from surprises like a new Fire Emblem game (for 3DS) to an outpouring of new amiibo figurines to long overdue Wii U tweaks that stand to improve the console’s backward compatibility.

But the pièce de résistance came toward the show’s end, when Nintendo of America CEO Reggie Fils-Aime stepped in to confirm recent rumors that the company’s next handheld will launch in less than 30 days. And like the existing 3DS XL, it’ll run $200. (Nintendo didn’t announce a price drop for the current 3DS XL, but I’d wager one’s imminent.)

The New Nintendo 3DS XL (hereafter NN3DS) doesn’t wow at first blush. Save for the new grayish nub poking from above the face buttons and some nominal switch realignment, you’d probably mistake it for the old 3DS XL. The size, weight and frame appear unchanged. But in theory, the upgrades beneath the hood could be significant.

The handheld’s new righthand C-Stick feels a little late to the party (Sony’s PS Vita finally landed dual thumbsticks in 2011, and games that benefit from left/right sticks have been mainstream since the 1990s), but at least it’s finally here. The game that’ll arguably benefit from it most, Capcom’s Monster Hunter 4 Ultimate, will launch with the NN3DS alongside Nintendo’s The Legend of Zelda: Majora’s Mask 3DS remake on February 13.

Nintendo says it’s also improved the device’s 3D gameplay — its technological raison d’être — by using the front-facing camera to track where your head is, adjusting screen output accordingly. I’m still not sure that’s enough to justify stereoscopic 3D as either a novelty effect or gameplay component, but in theory, this rectifies the existing problem where shifting your field of view even a little warps or distorts the 3D screen image.

Other improvements are subtle but important: the NN3DS includes amiibo and NFC support (you have to buy an attachment for this if you own an existing or older 3DS). Nintendo also says it’ll add amiibo support to Super Smash Bros. for 3DS by February 13. A new light sensor automatically adjusts screen brightness based on ambient lighting, thus providing some battery relief. And the battery itself lasts “slightly longer,” per Nintendo.

Nintendo’s added a second set of Z-trigger shoulder buttons, bringing the control layout nearly to par with a standard console gamepad (and, notably, superior in this regard to Sony’s PS Vita). The new internal layout required Nintendo to downshift from standard SD cards to the micro SD format. Nintendo says each NN3DS will include a 4GB micro SD card (Instructions will be provided how to transfer data from older 3DS systems). And the handheld will come in “New Red” and “New Black” colors at launch.

The most potentially significant (albeit intangible) upgrade: a faster processor, which Fils-Aime touted as analogous in magnitude to the leap that occurred from the DS to 3DS back in 2011. Nintendo was vague about how that’ll parse on the gaming side—the screen’s individual resolutions haven’t changed, still a lowly 400 by 240 pixels (upper) and 320 x 240 pixels (lower)—but the company says the interface should be zippier, citing improved surfing performance and faster download times.

Weirdly, the NN3DS will be the first Nintendo handheld in ages to ship without an AC adapter. Nintendo says you can use your existing adapter if you already own a 3DS, which either means the company’s pitching this thing at current 3DS owners, or it’s poised to befuddle potential new owners accustomed to mobile devices coming with all the essentials (you can purchase an AC adapter separately).

The rest of the presentation focused on firming up known product release timeframes. Kirby and the Rainbow Curse for Wii U will arrive on February 20. Splatoon, the company’s clever 4v4 paint-gun shooter, will be available in May. The company’s amiibo figurines are ramping up big time, including a new Super Mario series (Mario, Luigi, Peach, Yoshi, Bowser and Toad) that’ll arrive on March 20 with Mario Party 10. A Xenoblade Chronicles port for the NN3DS is coming in April. And Xenoblade Chronicles X, the Wii U game topping all others for me personally (including the new Zelda!), is still just “2015.”

Lastly, Nintendo is adding native Wii game support to the Wii U, allowing select titles to live in the Wii U ecosystem without having to boot into Wii mode. It looks like it’ll require title by title support, so it’s not a blanket reprieve for all Wii games off the block, but rejiggered Wii titles that supported the Wii’s classic or pro controllers will also (finally!) support direct control with the Wii U GamePad.

And you don’t have to wait for that last improvement: Nintendo says you can grab select Wii games from its eShop today, starting with Super Mario Galaxy 2–each runs $10 for a week, shifting to $20 thereafter–followed shortly by Punch-Out!! (Jan. 22) and Metroid Prime: Trilogy (Jan. 29).

Update: Some are wondering why Nintendo hasn’t announced a non-XL version of the NN3DS stateside, a version already on the market in Australia and Japan. Wired‘s Chris Kohler speculates helpfully about the why here.

I’d add this: I wonder how much it’ll impact the NN3DS’ appeal to younger players with much smaller hands and an age-dictated ergonomic preference. I’ve seen no studies or reports indicating how those demographics have played out with 3DS vs. 3DS XL sales, but assuming there’s a certain age group that might actually prefer the smaller system (to say nothing of the extra price relief), and given Nintendo’s traditional focus on younger players with its handheld systems, it’s a curious omission. 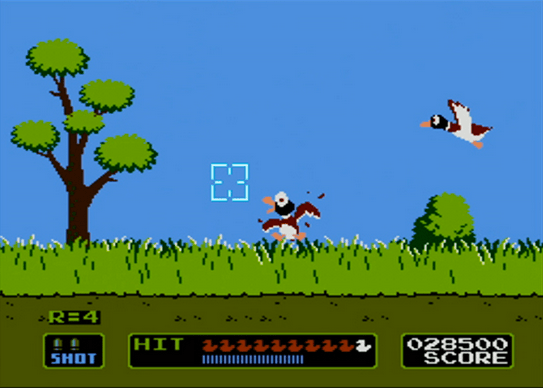