A gas flare is seen at an oil well site on July 26, 2013 outside Williston, North Dakota. Gas flares are created when excess flammable gases are released by pressure release valves during the drilling for oil and natural gas.
Andrew Burton—Getty Images
By Haley Sweetland Edwards

The White House announced Wednesday morning a new plan to cut methane emissions in the oil and gas sector by 40 to 45% in the next ten years.

The reductions will come in part from fixing leaky equipment and the intentional “flaring” of gas at oil and gas production sites, said Dan Utech, the president’s special assistant for energy and climate change, in a conference call with reporters.

By stopping such waste, the White House said it will save enough natural gas in 2025 to heat more than 2 million homes for a year. The reductions will also be good for industry and the economy, Utech added, since businesses will be able to sell that saved gas on the market.

The U.S. oil and gas industry has grown enormously in recent years, making the U.S. the world’s largest gas producer. U.S. oil production is at the highest level in nearly 30 years. Current emission from the oil and gas sector are down 16% since 1990, Utech said, but with expanding production, those levels are expected to rise by more than 25% in the next decade.

The White House’s initiative comes on the heels of several other efforts to reduce greenhouse gas emission in recent years, including stricter vehicle efficiency standards and proposed limits on carbon dioxide emissions from power plants. President Obama has vowed to reduce overall emissions in the U.S. by 26% (from 2005 levels) by 2025.

Methane, a powerful heat-trapping gas, accounts for just 9 percent of U.S. greenhouse gas pollution, but the gas is an estimated 20 times more powerful than carbon dioxide.

Both Utech and Janet McCabe of the Office of Air and Radiation at the EPA, emphasized that the efforts to reduce methane emissions would be part of a larger economic and public health strategy. While Utech said that the administration is “not far enough down the track” to predict whether, and how much, new rulemakings would cost industry, he expressed confidence that costs would be minimal. If the administration’s proposal is realized, it would save 180 billion cubic feet of natural gas in 2025.

McCabe said both her agency and the White House have been working closely with industry groups and other stakeholders. New rules, she said will build on existing initiatives and include new and modified sources that were not covered by the EPA’s 2012 rulemakings. 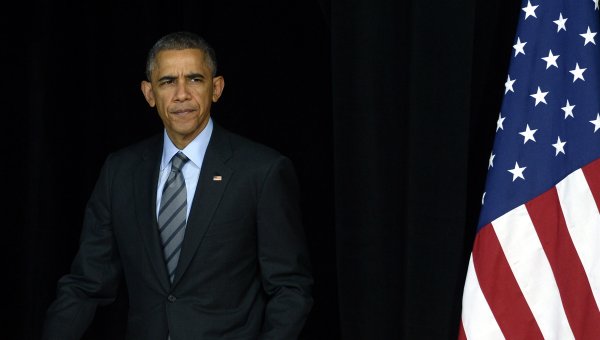 Obama Will Trumpet Economic Recovery in SOTU Runup
Next Up: Editor's Pick