Over the course of a year, Britain’s royal family are presented with hundreds of gifts as they go about their official duties. On Wednesday Buckingham Palace and Clarence House released lists of the official gifts the royal family received in 2014. Among the expected assortment of commemorative coins, bottles of wine or whisky, plaques, framed paintings, jewels and cultural tokens, are a few surprises.

The most surprising gifts included:

The names of most gift givers is not noted so there is no way of knowing if Hillary Clinton gave her own book to Prince Andrew.

Though Prince William and wife Kate received numerous gifts, as well as many gifts for Prince George, nothing unusual stands out in their the official gift listing. Then again, the royal couple gave the vaguest descriptions of their gifts — jotting down “book” or “selection of condiments” — so perhaps there were some surprises in the mix as well.

Last year’s collection of gifts aren’t among the most unusual the royal family, namely Queen Elizabeth, has ever received. The most bizarre gifts the Queen has been given over the years include live animals; several horses, a canary from Germany, jaguars and sloths from Brazil, two black beavers from Canada, two young giant turtles from the Seychelles and an elephant called Jumbo from the Cameroon. (The more exotic animals are cared for by the London Zoo.) 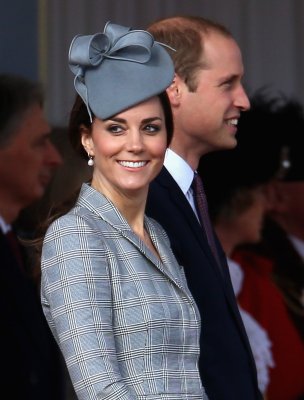