What Are the Razzie Awards?

Ben Affleck might have a good reason to attend the 2015 Razzie Awards, which typically honor the worst movies and performances of the year: this time, the multiple-“Worst Actor” winner was just nominated for a brand-new category that’s actually a compliment.

For the first time in the 35-year-old award show’s history, the Golden Raspberry Awards (the official title) will give the Razzie Redeemer Award to a former Razzie winner who turned things around in 2014 with quality work. Ben Affleck, Jennifer Aniston, Kristen Stewart, Mike Meyers and Keanu Reeves are all up for the award. Here’s some background about the annual event and its other, not-so-charitable awards:

How did the Razzies start?
Copywriter and publicist John Wilson held the first awards in 1980. “I was looking for something to do when the show was over, because in L.A. they end by 10 p.m.,” Wilson told the BBC in 2007. “So I set up a cardboard podium in my living room, put a foam ball on a broomstick to create a microphone and just asked people to make random award presentations.” He sent out a press release the next year and soon major news outlets were covering the low-budget ceremony.

Who determines the winners?
More than 600 voters in the U.S. and more than a dozen foreign countries take part in the ballots. It’s not an exclusive organization or a secret society — you can purchase your membership at the Razzie website.

That sounds … legit.
Well, the awards have been criticized for not requiring voters to have actually watched the movies they’re slamming in their votes, according to IndieWire.

When are they held?
The night before the Oscars. This year, that’s Feb. 21 at 8 p.m. at Hollywood’s Montalban Theatre. “We finally figured out you couldn’t compete with the Oscars on Oscar night, but if you went the night before, when the press from all over the world are here and they are looking for something to do, it could well catch on,” Wilson told the BBC.

Do celebrities attend?
While most celebrities do not attend the awards, occasional good-humored stars have embraced the opportunity to own up to their less-than-stellar work. In 2005, Halle Barry accepted her Worst Actress Razzie for Catwoman while holding her Oscar for Monster’s Ball in the other hand. In 2010, Sandra Bullock showed up to accept to her Worst Actress Razzie for All About Steve and handed out DVDs of the film to the audience, imploring them to actually watch it.

What do the “losers” win?
Razzie trophies are spray-painted gold and cost approximately $4.97, according to the awards. You can see examples of the relatively small trophy, consisting of a raspberry sitting atop a Super 8 mm film reel, here and here.

Who are the repeat offenders?
Madonna, Eddie Murphy and Kevin Costner have all been nominated more than a dozen times with a handful of wins, but even they have better luck than top hall of shame mainstrays Sylvester Stallone (32 nominations, 10 wins) and Adam Sandler (22 nominations, 6 wins).

Who was nominated this year?
Here’s a list of the nominees, via People: 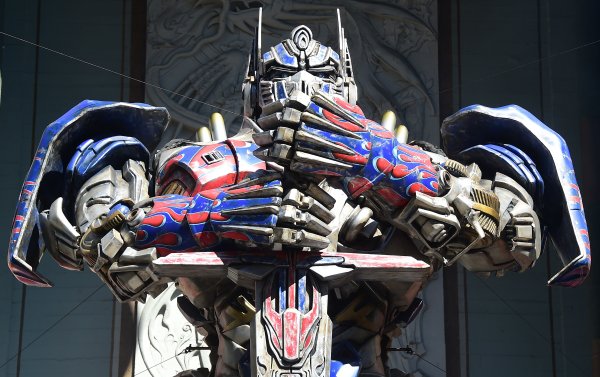 Transformers Nominated for 7 Razzies
Next Up: Editor's Pick