Transformers: Age of Extinction Got Nominated for 7 Razzies

Optimus Prime, from the worldwide blockbuster film "Transformers: Age of Extinction" is unveiled at a handprint ceremony outside the TCL Chinese Theater in Hollywood, California on September 30, 2014.
FREDERIC J. BROWN—AFP/Getty Images
By Rishi Iyengar

The latest installment of the Transformers movie franchise, starring Mark Wahlberg, Kelsey Grammer and Optimus Prime, looks set to win (or lose, depending on how you look at it) big at the 35th Annual Golden Raspberry Awards this year.

Transformers: Age of Extinction featured seven times in the list of nominations for the “Razzies” released on Wednesday, a day before the Oscar nominations are announced. The film is in the running for worst picture, worst screenplay, worst sequel and worst screen combo. Grammer’s performance earned him a worst supporting actor nomination, while Michael Bay could get worst director and Nicola Peltz worst supporting actress.

Saving Christmas and Hercules are the other movies that feature prominently on the list with six nominations each.

But there’s hope. For the first time, the Razzies will also feature a “redeemer” award for past winners who go on to do not-so-terrible things with their careers. Nominees in this category include Ben Affleck, Jennifer Aniston and Keanu Reeves.

The Razzies, instituted in 1980 as a parody of the Oscars, are traditionally given out one day before the movie industry’s biggest night and will take place at Hollywood’s Montalban theatre on Feb. 21. 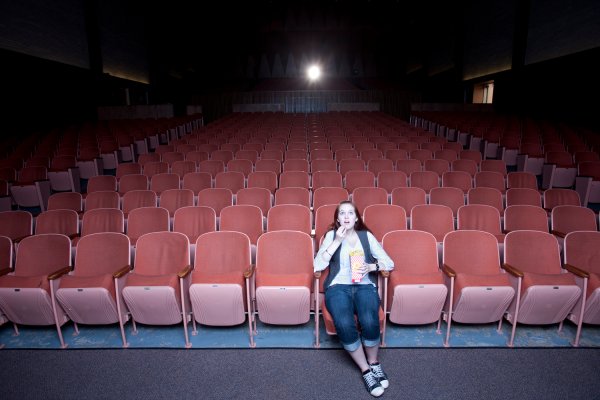 Movie Tickets Are Too Expensive
Next Up: Editor's Pick