It is always wonderful to see a twice-failed politician suck it up and sort of announce he’s going to be running for President again. Mitt Romney’s allies say he will be different this time. There is talk of a new personal style that was really his old personal style—as seen in the Netflix documentary Mitt—but was brutally suppressed by his … political consultants, most of whom seem back on board. There is talk of Romney emphasizing the eradication of poverty as one of his three campaign pillars. There is talk about his being less gaffe-prone this time. (Translation of last two sentences: he will try to act like a rich guy who cares for the 47%.) He will “position” himself just to the right of Jeb Bush.

These are the things politicians and horse-race reporters talk about.

What they don’t talk about is whether this iteration of Romney will come equipped with a backbone. The last two certainly didn’t, to the point of embarrassment. In neither campaign did Romney take a position that was even vaguely controversial with his party’s rabid base. He was disgraceful on immigration, “self-deporting” himself to Dantean circles of chicanery. He was craven on fiscal sanity, opposing in one debate—along with all his fellow candidates—a budget proposal that would include 90% cuts and 10% revenue increases. Worst of all, he self-lobotomized on the subject of health care, dumbing himself down egregiously, denying that his (successful) universal-health-coverage program in Massachusetts was the exact same thing as Barack Obama’s (increasingly successful) national version. He never expressed a real emotion—not anger, not sadness, not unscripted laughter. His manner was as slick as his hair.

That was why he lost. Not because of gaffes or because he wasn’t conservative enough (as extreme conservatives claim) or because he was just too rich. He lost because he seemed computer-animated. There was nothing real to him. He was “positioned.” And so he was deemed untrustworthy by the crucial sliver of attention-paying voters in the middle of the spectrum who decide most elections.

So now he’s back and will be successful this time—his backers say—because he’ll be even slicker. No more gaffes. He’ll also be more personal—although it has yet to be determined whether he’ll be an actual person (many market tests to come before such a crucial decision is made). He will try to compete in the moderate primary along with Jeb Bush and Chris Christie, and perhaps a few others. This will be difficult. His only competition to the left of Attila the Hun last time was Jon Huntsman, who spoke Chinese in one of the debates—not a wise choice in a party of xenophobes—and presented a credible plan for the “too big to fail” Wall Street banks to be dismantled … in the party of bankers.

Bush is immediately more credible than Romney. He opposed his party’s positions on immigration and educational testing. He is also bilingual—Spanish!—and seems a man who has actually existed in the America of the past quarter-century, suffering family problems along with the rest of us. We still don’t know all that much about him. He was a very good governor. I’ve found him to be a smart and bold policy wonk when we’ve spoken one-on-one. (Tragically, I felt the same way about Romney—in the days before his advisers prohibited one-on-ones.) The biggest question about Bush in my mind is whether he returns to his father’s brilliantly sophisticated foreign policy or to his brother’s disastrous Cheney-dominated first term in office, or to George W.’s more reasonable second term, marked by realistic aides like National Security Adviser Steve Hadley and Secretary of State Condoleezza Rice. Does he think strategically or tactically?

As for Christie, who may be left behind in the high-powered race to come, his greatest appeal is that he is the exact opposite of Mitt Romney. No political consultant could make him up. As a human being from the greater New York metropolitan area, I will enjoy every moment of his campaign if he doesn’t try to Romnify himself.

Does this mean Mitt is pretoasted? I wouldn’t say that. He could surprise us all and come out in favor of breaking up the big banks—ending “moral hazard”—and for reforms that would take the tax advantages away from the financial sector (including his own self). In fact, I suspect that if he had done that in 2012, he might be President today. But think of the speech he could give … 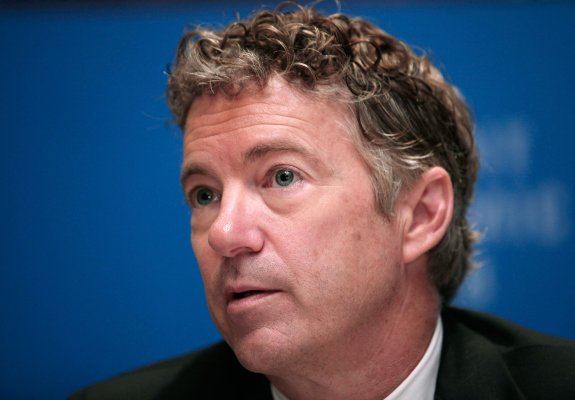 Rand: Romney Is 'Yesterday's News'
Next Up: Editor's Pick