Why This Lucky Delta Passenger Got a Flight Nearly to Himself

A Delta passenger who was recently delighted to find himself with only one other passenger on a 76-seat flight from Cleveland to New York (and has the selfies to prove it) isn’t alone.

He is joined by a reporter for The Economist, for instance, who shared a similar story in a 2012 blog post. That reporter encouraged readers to share their own solo flight stories in the comments section. They responded with four pages worth of missives.

Just when airlines have mastered the dark art of cramming, they give a few lucky passengers the Daddy Warbucks treatment. Why? Or as anyone squeezed into a middle seat back in economy class might ask, WHY!?

It’s not you, it’s the connecting flight…

An empty plane at point A may be rushing to a full house of passengers at point B, who expect to arrive at point C by dinner. These chains of dependency make grounding a flight a costly proposition. Some planes can hopscotch across 10 to 12 gates in a single day, according to Richard Eastman of the Eastman Group consulting firm.

“Even with two passengers, the Delta flight must go,” he says by email. Or zero passengers. The solitary flyers are almost beside the point — it’s either take to the sky or scramble to find a charter plane for the next batch of flyers.

Bad weather can punch holes through the delicate web of connecting flights. During or after storms, airlines tend to mobilize empty planes to mop up stranded passengers. Robert W. Mann Jr., president of airline industry consultancy R.W. Mann & Company, calls these flights “ferries,” which he says are random flukes. That means their seats, enticingly empty as they may be, are almost impossible to sell to a normal traveler.

“You can’t hold them out as availability,” Mann says. “What would you say? Come down to the airport at 6 p.m. and we’ll tell you where you’re going?”

Mann does note, however, some airlines have experimented with this thrill seeker market. KLM, he says, dabbled with last minute offers to any traveler adventurous enough to show up the airport with no set destination or flight dates, but these flyers proved a rare and unprofitable lot.

…Plus a distant threat of regulatory fines

This may come as a surprise, but carriers are required by law to fly on schedule. “An airline that fails to meet its scheduled flight commitments can face government sanctions; or even lose its right to provide scheduled service,” says Eastman. These regulations carve out broad exceptions for unavoidable delays, such as mechanical errors or bad weather. Absent that, an under-booked flight must take to the skies as promised.

…Not to mention the wacky economics of ticket pricing

Even if airlines could arrange a fire sale of empty seats, there would still be the question of profitability. Airlines have worked long and hard to create a two-tiered pricing system that discriminates between desperate passengers willing to fly at any price and leisure travelers who can plan ahead and therefore save some money. Experts estimate as much as 40% of an airline’s revenue comes from a narrow sliver of last-minute flyers who make up as little of 5-10% of total passengers.

Open up a steady flow of last-minute deals, and those lucrative eleventh-hour customers might pile in at a fraction of the price. Better to leave a seat empty than tamper with a tried and true pricing model. And if that means the occasional, freakishly empty plane for one lucky flyer who won the transportation lottery, so be it.

“It’s not unusual if you paid say three or four times what someone sitting next to you paid,” observes George Hamlin, president of Hamlin Transportation Consulting. “The experience you get of the actual travel is not commensurate with what you pay.” 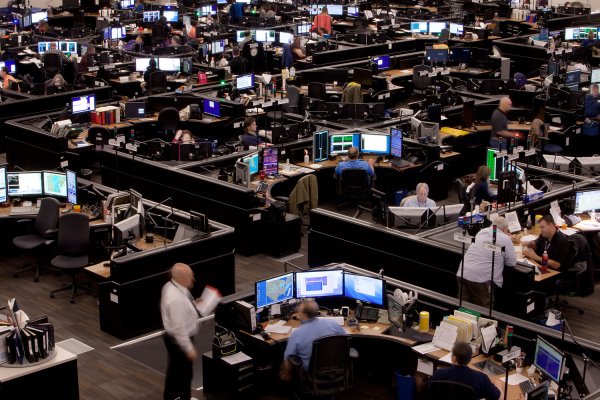 Airport Confidential: Inside the Strange World of Airline Cancellations
Next Up: Editor's Pick